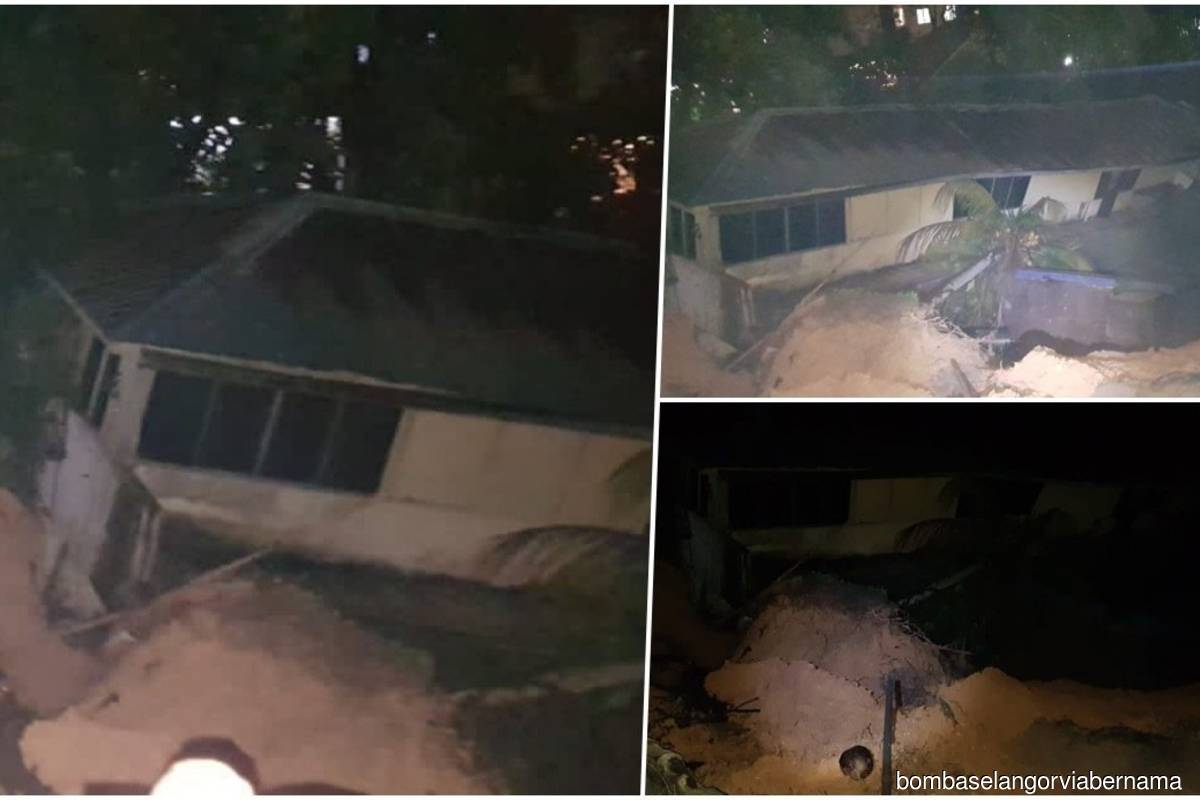 Mohamed Azmin said for that purpose, he had requested an allocation of RM1 million from the Finance Ministry.

He said although the incident occured on a privately owned land, the safety and lives of the people should be given priority, adding that he had also contacted Finance Minister Senator Tengku Datuk Seri Zafrul Tengku Abdul Aziz to discuss about the matter.

“As we know that areas in Ampang and Bukit Antarabangsa are among areas at risk of landslides,” he told reporters after inspecting the scene today.

Three bungalows and 16 townhouses involving 32 families were affected by the landslide incident.  However,  no injuries were reported.

“It is to determine if the affected houses are safe to stay in or not.

“I have been informed that the structure of these houses remains intact and there is no soil movement detected in the areas...the residents will be allowed to return (to their homes) if the report says the houses are safe to live in,” he said.

Mohamed Azmin said most of the affected residents had been evacuated to community halls at AU2 and AU5 Lembah Keramat.