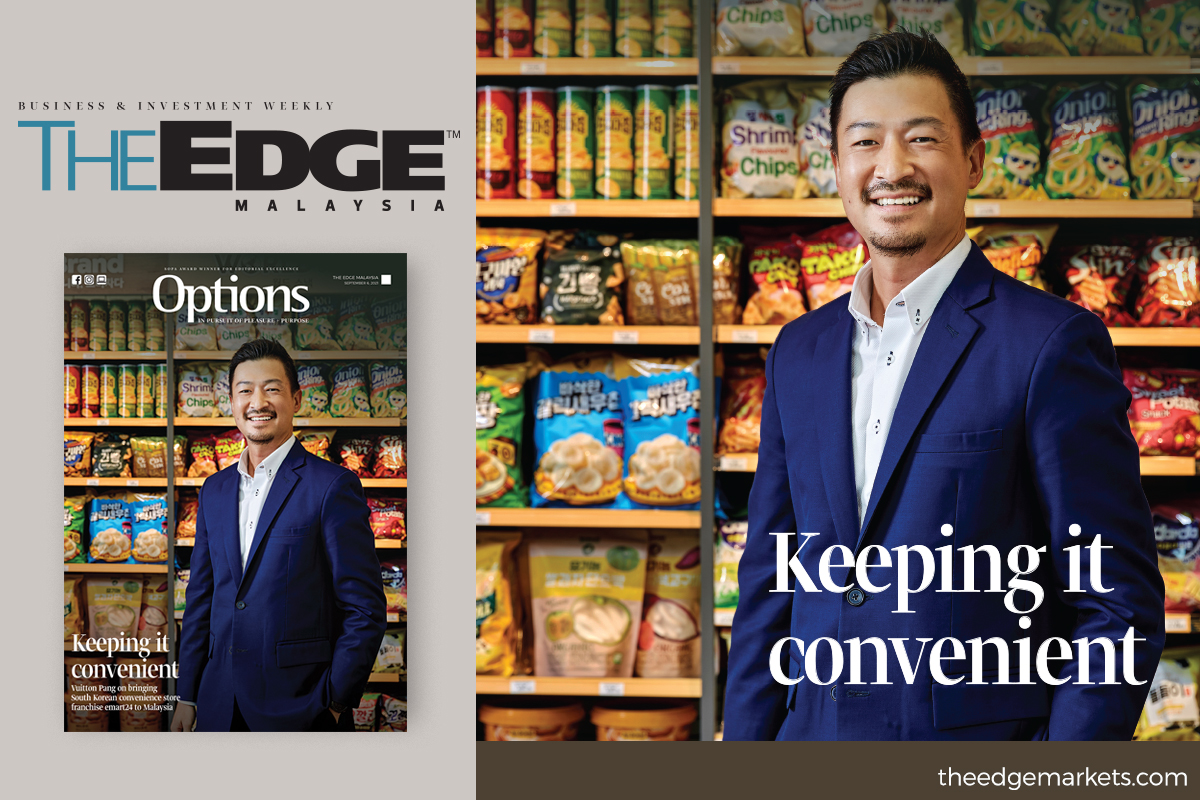 KUALA LUMPUR (Sept 5): A new convenience store chain has arrived in town and is riding on that timely Hallyu (Korean culture) wave. K-drama fans will recognise emart24 from scenes of daily life shot around South Korea, where it operates over 5,000 outlets nationwide.

Vuitton Pang, of the Pang family behind MAMEE-Double Decker, has signed a master franchise agreement to bring emart24 outside of South Korea for the first time.

Customers can pick up Korean snacks exclusive to emart24, have a great cup of coffee or even try popular street food such as bibimbap served in a cup.

In this one-on-one interview, Pang talks about the challenges of launching a business in the middle of a pandemic, the untapped potential of the local convenience store industry, his ambitious goal to open 300 emart24 outlets in five years and what his young sons make of this entire affair.

Other features in this week’s issue include the story behind Malaysian shoe label machino, which uses traditional fabric such as songket and Chinese brocade; an interview with Royal Selangor Marketing executive director Chen Tien Yue on post-pandemic prospects; and young actress Nathania Ong’s surprise debut in Be More Chill, a West End musical comedy that connects with digitally-savvy Gen Z viewers.

Sports fans should also look out for a special piece on Cristiano Ronaldo sporting the Red Devils jersey again with his celebrated return to Manchester United.

Read more about it in The Edge Malaysia weekly’s Sept 6 edition.