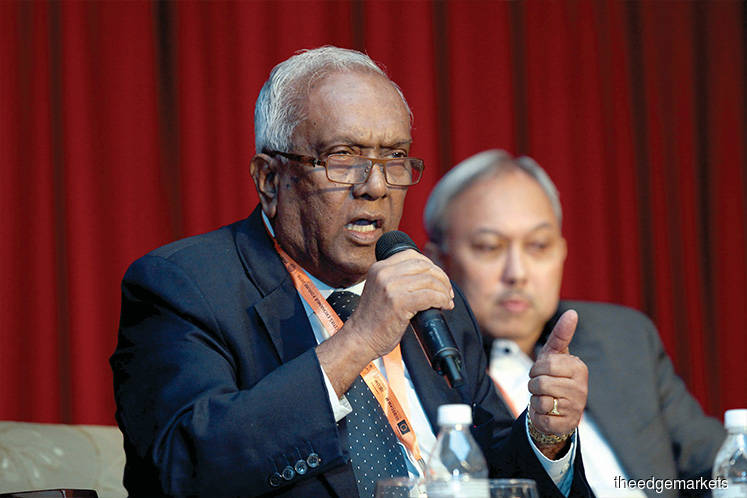 He said it would be useful for the NACP to provide the public with half-yearly reports to show the progress made to achieve the plan’s goals and targets by 2023, Bernama reported.

“The plan is encouraging and purposeful. Public expectation has been raised substantially by the aim of the NACP to achieve a corruption-free society in just five years,” he said in a statement.

It has 22 strategies and 115 initiatives and together, the focus is on politics, public procurement, law enforcement, public sector administration, legal and judiciary and corporate governance.

“The fight against corruption is improving. I hope the new government can maintain or go one step better. The initiatives look promising, so they should maintain the momentum but not rely on Dr Mahathir only. Ministers and the public too should step in,” he told Bernama after attending a forum.

The Institute for Democracy and Economic Affairs said the plan is an honest, hard-hitting and forward-looking strategy for Malaysia to combat corruption in the next five years.

The government should be applauded for acknowledging the core problems that surround efforts to tackle corruption, it said in a statement.

“It takes a great deal of maturity for the Pakatan Harapan government to admit that political interference in government processes has been one of the core causes of corruption in the country,” Ideas Senior Executive in Democracy and Governance Aira Azhari said.

“The revelation about procurement being the main sector prone to corruption also points to a larger debate about the need to re-examine practices of patronage, cronyism and conflicts of interest in government projects,” she said.