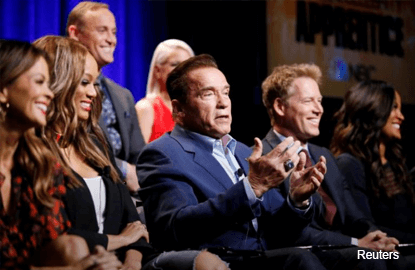 NEW YORK (Jan 18): Japanese motor company Kawasaki's sponsorship of "The New Celebrity Apprentice" was cast into uncertainty on Wednesday, as the firm issued contradictory statements about its ties to the show over the continued involvement of President-elect Donald Trump.

Kawasaki Motors Corp USA spokesman Kevin Allen said in a phone interview on Wednesday that Trump's role as an executive producer on the show sparked negative feedback from customers and unease among its executives, prompting the company to sever ties with the show.

Hours later, however, the company issued a brief statement saying, "Recently published comments relating to The New Celebrity Apprentice and President-elect Donald Trump's involvement in the show attributed to a Kawasaki employee are a misrepresentation of the company's position and the employee is no longer with the company."

The statement did name the employee and did not make clear the company's current relationship to the show. Kawasaki Motors Corp USA did not respond to an email from Reuters asking for clarifications.

The show had aired on Sunday, an episode in which contestants were asked to design a marketing campaign for a new Kawasaki motor bike.

Movie star and former California Governor Arnold Schwarzenegger replaced Trump as host of the show last year, after the New York businessman began his campaign for the White House.

But Trump, who originated the "Apprentice" role in 2004, retained an executive producer credit, which usually involves payment, despite being elected as U.S. president in November.

"The New Celebrity Apprentice" airs on NBC, which could not immediately be reached for comment on Wednesday.

Trump is to be inaugurated as U.S. president in Washington on Friday.