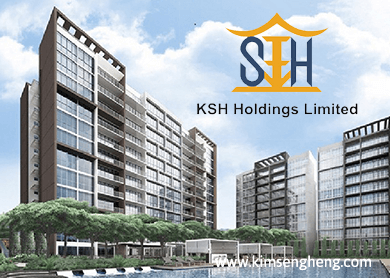 In separate filings after Tuesday’s market close, Oxley, KSH, Lian Beng and Heeton referred to media reports published on Monday and Tuesday regarding the recent announcement by the China government that it will establish a new SEZ in the province of Hebei’s Xiongxian, Anxin and Rongcheng cities.

According to the reports, the SEZ is expected to have the same importance as Shenzhen and Pudong. In addition, property transactions have reportedly been halted in the new SEZ.

That has led analysts to recommend that investors should consider investing in properties in Gaobeidian, which is located in Hebei near the new SEZ, where property transactions can still be carried out.

Shares of all four counters closed higher for the day.

Gaobeidian is one of the satellite cities surrounding Beijing next to the Beijing-Shijazhuang Expressway and the Beijing-Shijiazhuang high-speed rail passenger line. The city is 40km from Xiongxian, one of the cities of the new SEZ.

Oxley, KSH, Lian Beng and Heeton have effective stakes of 27.5%, 22.5%, 10% and 7.5% respectively in the development project located in Gaobeidian called Sino-Singapore Health City.

The Gaobeidian project has a land size of 8,000 mu (5.3 million sqm) and 3,000 mu has been approved by the Chinese authorities for development.

The four JV partners have advised shareholders and potential investors to exercise caution when trading in the shares of the company.