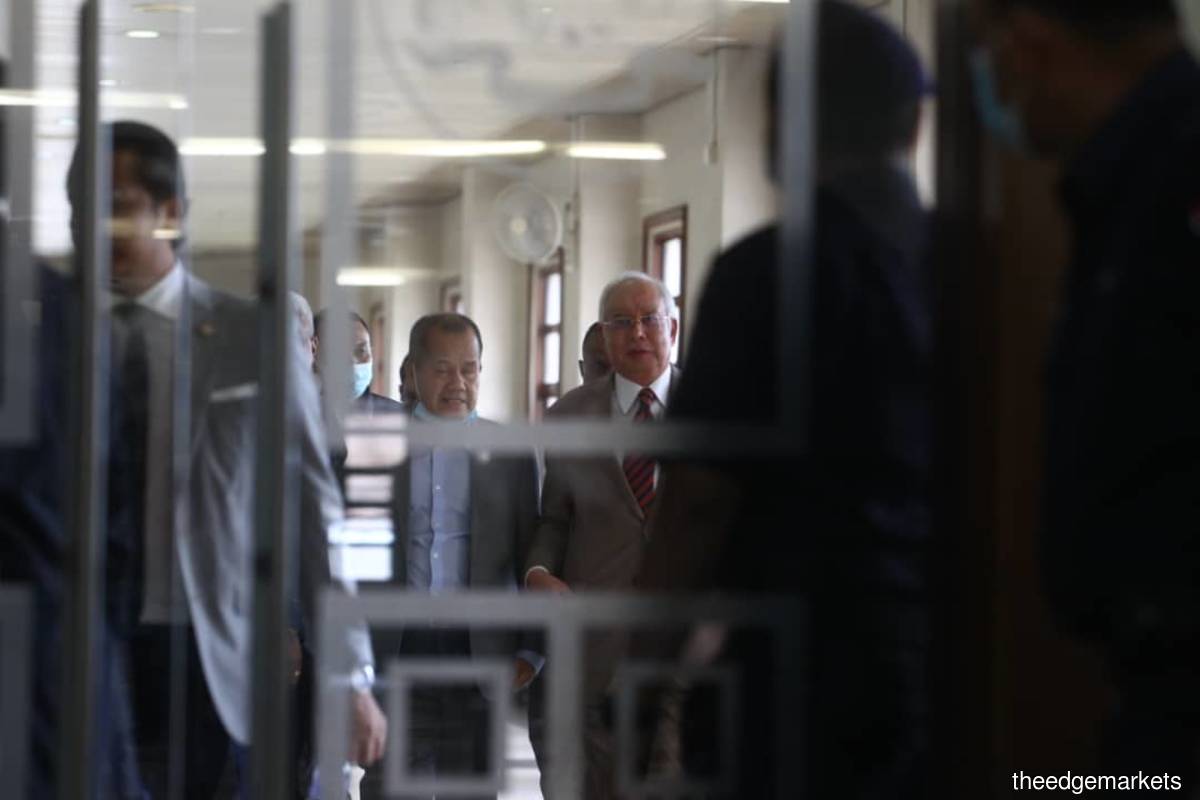 Najib was earlier found guilty by Justice Nazlan on all seven charges in the SRC International Sdn Bhd trial.

In reading out his brief decision after lawyers from the prosecution and the defence had put forth their arguments, Justice Nazlan said the reason cited by the defence for the postponement was not valid.

"In my view, the accused must still provide a good reason to provide for postponement.

"I don't consider that (Najib's reasoning) to be a valid reason. As such, this court will now proceed to hear mitigation," he said.

However, Justice Nazlan said that in the cases cited by Shafee, there were exceptional circumstances to delay the mitigation, while the reason given by Najib was not exceptional.

In seeking a postponement of mitigation, Shafee said the defence needed to study Justice Nazlan's written grounds for convicting Najib. He sought an adjournment until next Monday.

"We say the court has delivered its judgement and we all heard it. There is no reason to wait for the written grounds," he said.

Sithambaram added: "The defence has not met the test for a stay. We are objecting to the stay and we want the sentencing to be done this afternoon.

"We are ready to proceed, but if the court wants to adjourn it, [bail] conditions must be met."

After Justice Nazlan made his decision, Shafee said he was crippled in carrying out the mitigation for Najib.

The mitigation is currently ongoing at the High Court.

Najib was found guilty of all seven charges relating to SRC International. They included three criminal breach of trust  charges, whereby as a public servant and agent of the government, namely prime minister, finance minister, and SRC International adviser emeritus, he misappropriated RM27 million and RM5 million in December 2014, and another RM10 million in February 2015.

Meanwhile, he was also found guilty of abusing his power, whereby Najib had used his position to commit bribery involving RM42 million through his participation or involvement in the decision to provide government guarantees for the KWAP loans to SRC.

He was convicted of committing the offence at the Prime Minister's Office, Precinct 1, Putrajaya, Federal Territory of Putrajaya, between Aug 17, 2011 and Feb 8, 2012, under Section 23 of the Malaysian Anti-Corruption Commission Act 2009.

Under Section 24 of the Act, he faces 20 years' imprisonment, and a fine of not less than five times the amount or value of the bribe, or RM10,000, whichever is higher.

On the three charges of money laundering, Najib was found guilty of receiving RM27 million, RM5 million and RM10 million from illegal proceeds through his two AmIslamic Bank Bhd accounts.

The charge under Section 4(1)(b) of the Anti-Money Laundering, Anti-Terrorism Financing and Proceeds of Unlawful Activities Act 2001, sees the politician facing up to 15 years in jail and a fine of RM5 million, or five times the amount, whichever is higher, for each charge.