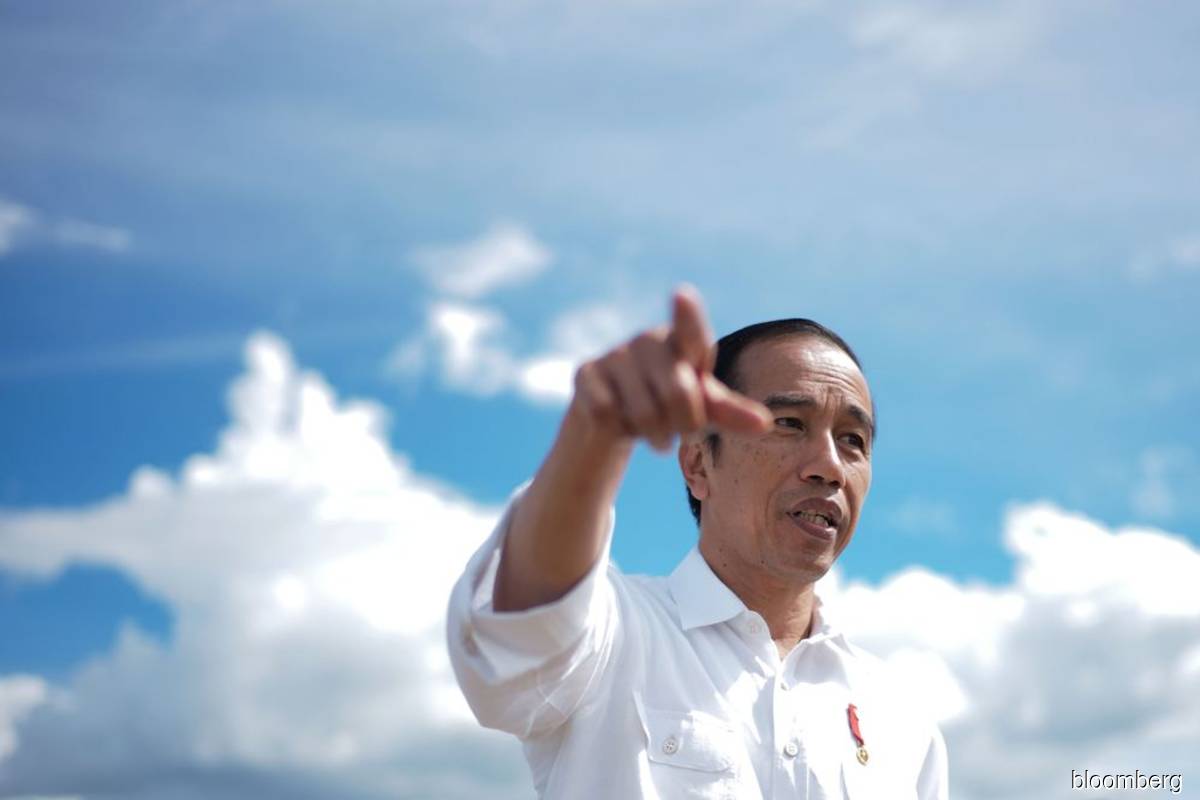 (April 7): President Joko Widodo is backing a push to expand Bank Indonesia’s mandate to include bolstering the economy, throwing his public support behind a legislative move that some analysts see as risking the central bank’s independence.

Bank Indonesia shouldn’t just manage the currency, but also should support sustainable economic growth and job creation, Jokowi, as the president is known, said Wednesday in an interview in Jakarta. After a year when Indonesia struggled with its first recession in two decades, the economy is set to grow as much as 7% in the second quarter compared to a year earlier, he added.

“Of course I support Bank Indonesia to add growth and job creation to its mandate,” he said in a discussion at the presidential palace, where anti-virus measures included masks, face shields and clear screens on the table. He added: “Bank Indonesia will remain independent.”

The benchmark Jakarta Composite Index of shares extended gains to 0.6% after his remarks, while the rupiah reversed an earlier loss to strengthen 0.1% to 14,495 a dollar.

The president’s comments will be finely parsed by global investors, who last year were shaken by a similar attempt to increase government oversight of the central bank. Any pushback could worsen pressure on the rupiah and government bonds, which in recent months have been battered by a sell-off in emerging-market assets.

Deliberations should continue on financial-sector reform to ensure a quick response by all authorities, including the central bank, during times of crisis, Jokowi said.

The discussion hasn’t reached the issue of whether there should be a supervisory board to oversee the central bank and the Financial Services Authority, known as OJK, he added.

“Adding growth and jobs creation to the BI’s mandate is unlikely to be a problem for the market as long as their ability to set their targets independently is maintained,” said Eugenia Victorino, head of Asia strategy at Skandinaviska Enskilda Banken AB in Singapore.

Indonesia is not alone in reexamining the burden-sharing arrangements that arose between governments and central banks amid the pandemic. New Zealand and Brazil have told monetary authorities to expand their mandates, while Turkey fired its monetary policy chief over disagreements on the interest rate.

“Even if Bank Indonesia were to be formally tasked with supporting economic growth, I doubt it would materially change the way they currently conduct monetary policy,” he said. “The bank has been clear that maintaining a stable rupiah and keeping inflation low provides the best environment for economic growth.”

Indonesia has been able to limit the economic fallout from Southeast Asia’s worst coronavirus outbreak thanks to aggressive fiscal and monetary stimulus. Gross domestic product shrank 2.1% in 2020, Indonesia’s first annual contraction since the Asian financial crisis, but that was a shallower slump than what most countries in the region experienced.

GDP is likely to contract 0.5% in the first three months of the year before this quarter’s rebound, Jokowi said.

In addition to expanding the monetary authority’s mandate, the president is pushing for financial-sector reform that supports better coordination between Bank Indonesia, the OJK and the Deposit Insurance Agency for a faster response in times of crisis. The reform should also prepare the country to regulate the digital economy, he added.

Indonesia may find it tricky to convince investors the central bank’s autonomy will be protected, according to Euben Paracuelles, an economist at Nomura Holdings Inc. in Singapore. The proposed changes to the bank’s mandate come at a time when the government is still relying on Bank Indonesia to buy up a significant amount of debt in the face of waning market appetite.

“A better way to time these reforms is when things are a lot more normal and the government has more time to focus on discussing these issues in detail,” Paracuelles said.

The vaccine program takes priority in the president’s mind. Indonesia can expect the program to slow down in the next few months as supply dwindles due to vaccine nationalism elsewhere, before picking up in July when the country is set to receive as many as 80 million doses a month, Jokowi said. That supply boost will lead cases to drop drastically -- a boon for consumer sentiment.

“Manufacturing, factories, industries are already working,” he said. “What hasn’t risen drastically and returned to normal is consumption.”