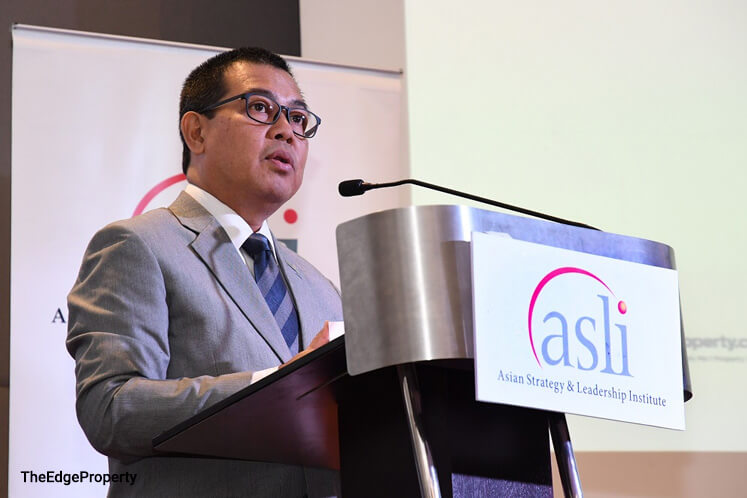 JOHOR BAHRU (MAY 2): The Iskandar Regional Development Authority (IRDA) is in the final stages of discussions on the Johor-Singapore Rapid Transit System (RTS).

“We understand that it is important to not only connect within the region but also with Singapore. We are at the last stage of discussions to connect Singapore and, hopefully by 2020, the BRT (Bus Rapid Transit) system in Johor will be connected to Singapore’s transport system,” said IRDA CEO Datuk Ismail Ibrahim.

He added that the BRT system in Iskandar Malaysia should be completed by 2020, while the RTS is targeted to be implemented by the year 2022 and the Malaysia-Singapore High-Speed Rail by 2026.

Ismail said there are no plans for a mass rapid transit (MRT) or a light rail transit (LRT) system in Iskandar Malaysia, for now.

“Johor — Iskandar Malaysia specifically — does not have a large enough population to support such a transportation system. Of course, we are aware of the importance of public transportation in the region, but it is not the right time yet,” he said, hence the introduction of the BRT system instead.

“Cities like Brisbane in Australia, for example, has proven that a BRT could move people around very well in an affordable and efficient way,” he added.

Ismail was speaking at the second Marketplace Series of Forums held today in Johor Bahru. Organised by the Asian Strategy and Leadership Institute and the Full Gospel Business Men’s Fellowship International, the forum in Johor themed “Building Cities, Enriching Communities” aims to encourage sharing and deliberation on effective ways to create holistic lifestyles in developing and developed cities using Iskandar Malaysia as the point of reference.

“If we can reach the same result with a more economically effective way, why not? We cannot compare Johor with Kuala Lumpur, as Johor has a population of about two million people and it won’t be able to support an MRT or LRT. The BRT and RTS are more cost-effective and suit Johor best,” Ismail said.

Meanwhile, on the negative image of Johor in the eyes of foreigners including Singaporeans, in terms of safety and its growth potential, Ismail said both the public and private sectors need to promote Johor better.

“Some Singaporeans have not visited Johor for many years. Their impression of Johor may not be updated. We need to promote the new Johor; we can’t deny that to promote Johor and its potential, the private sector could do a better job, especially those who have invested in the state and are doing well,” he said.

Ismail also spoke about the impact of China’s capital control policy on property sales in Johor, especially projects by China developers, which had been largely targeted at buyers from China.

“The current capital controls not only impact Johor but also the rest of the world. China developers in Johor are still doing well, but we should monitor the situation carefully,” he said. He also pointed out that China updates its policies from time to time.

“You see the trend that they [China] update their policy every one or two years. The situation may change very soon,” Ismail concluded.

The forum today drew close to 200 participants. TheEdgeProperty.com was one of the event’s media partners.