Is Johor Strait too narrow for the ambitions of Malaysia and Singapore? 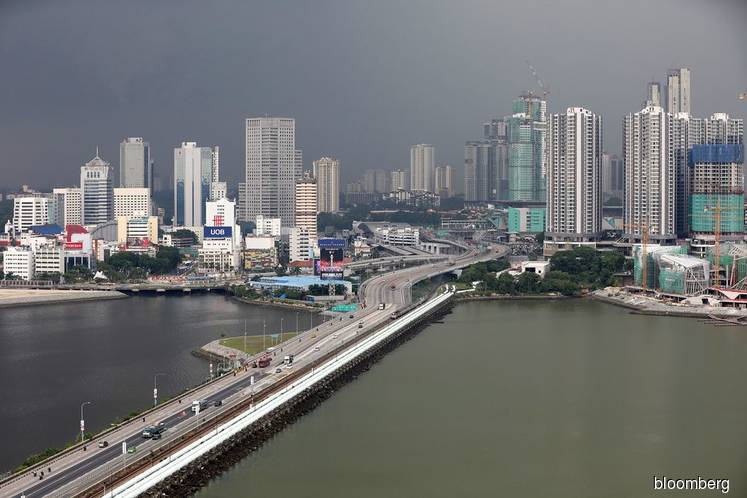 FOR about a decade under the leadership of Datuk Seri Najib Razak, Malaysia and Singapore maintained a good relationship. Examples include the resolution of the long-standing issue of the KTM Bhd land and inking of an agreement to build the Kuala Lumpur-Singapore high speed rail.

When Barisan Nasional was defeated in the 14th general election last May, by the untested Pakatan Harapan coalition led by Tun Dr Mahathir Mohamad, a number of political analysts foresaw a potential return to the days of bickering between the two countries due to the nonagenarian’s trenchant and past hard-line approach towards Singapore.

Affairs appear to have moved in the predicted direction.

On Oct 25 last year, the Malaysian government extended the Johor Baru port limits to include areas claimed by Singapore, sparking the ongoing dispute between the two countries that share the Johor and Malacca Straits.

Being a maritime country that owes its economic lifeline to its position on the crossroads between the East and West trade route, Singapore is obviously touchy when it comes to the question of territorial waters.

As one of the busiest ports in the world, Singapore cannot afford to have its port limits contested by another country. Hence, when Malaysia extended its own port limits into purportedly Singapore territory, its leaders jumped.

Singapore claimed that the extended Johor Baru port limits was beyond Malaysia’s most extensive maritime boundaries, and in a tit-for-tat move, extended its port limits to overlap that of Malaysia’s (extended limit) in the waters off Tuas.

It is not clear how extending the port limits benefits Port of Tanjung Pelepas (PTP), the closest Malaysian port to the disputed area. Bigger port limits will not be advantageous if the container handling capacity at PTP is not increased.

Prior to the extension of the Johor Baru port limits, the area in which MV Polaris was patrolling, was monitored and controlled by Singapore to ensure smooth traffic. This is important for the operation of Singapore’s port terminal as the waters surrounding the island are among the world’s busiest.

But with the dispute, it is unclear who is patrolling the disputed waters.

Singapore has repeatedly protested the alleged intrusions of Malaysian government vessels into what it claims as its territorial waters off Tuas. At the same time, Malaysia has maintained that it is open to discussions to settle the dispute.

In Tuas, Singapore is building a mega terminal with a container handling capacity of 65 million 20-foot equivalent units (TEUs) by 2040. The development at Tuas is important for Singapore to maintain its edge in the global maritime industry.

Similarly, Malaysia has ambitions of its own. The coastal region off southern Johor has been earmarked as a future maritime economic region, so to speak. In the west lies PTP, while in the east, the Pengerang Integrated Complex is being developed.

In addition, Malaysia has been reclaiming land off Johor to build multibillion-ringgit property developments. These include Forest City — located near PTP — and the Tanjung Piai Maritime Industrial Park, off Tanjung Piai.

Is the 50km-long Johor Strait too narrow for the ambitions of both countries?