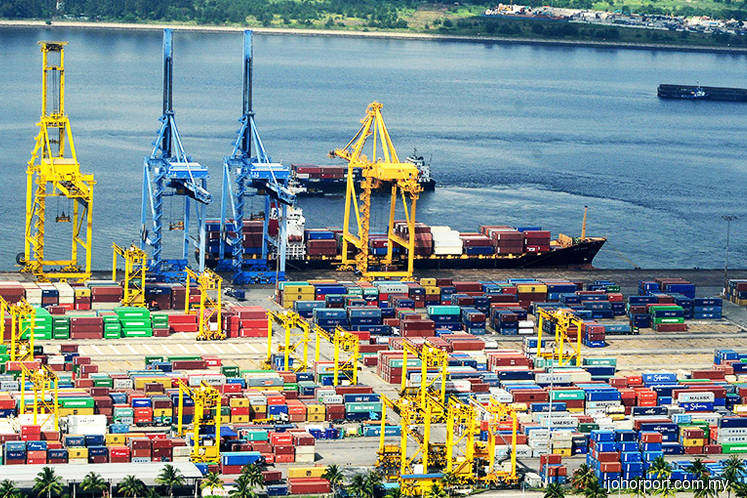 The port authority said in a statement yesterday that it will work on the project with Smart Crest Sdn Bhd, and that the project will be fully funded by the private sector.

It said it had signed a sublease agreement with Smart Crest for the project, which it hopes will further enhance PTP’s position as a world-class port.

On completion, Bunker Island is expected to be one of the largest independent and fully integrated oil terminals, with 61 tanks located in five tank pits that will have a storage capacity of approximately 1.20 million cubic metres to handle various types of products.

Apart from storage, the terminal facility will have two jetties with seven berths.

Transport Minister Anthony Loke said his ministry will provide all assistance to this project, which he hopes will put Malaysia, specifically Johor, on the map as a major oil storage and bunker services provider.

Bunker Island is located within the Free Commercial Zone of Tanjung Pelepas and sits on 100 acres (40.47ha) of a reclaimed island at Tanjung Bin. Johor Port Authority said the strategic location will allow Malaysia to benefit from the projected growth of Bunker Island, which will be developed into a strategic oil hub ideal for trans-shipment and storage activities.

Loke added that the Bunker Island project will help spur growth of the maritime and logistics cluster, thus elevating the current shipping service businesses in Malaysia, specifically in Johor.

The market now is just about right for such a venture despite the uncertain global economy, said Johor Port Authority general manager Muhammad Razif Ahmad.

“The development of this island will be a significant economic multiplier for the country as ships that enter to discharge or load oil will spend on other services.

“It is estimated that for every amount spent at port, an additional amount will also be spent on the local economy either directly or indirectly such as agency fees, port charges and deliveries to the ship and crew transfers, hotels, career development and trade finance,” Razif added.