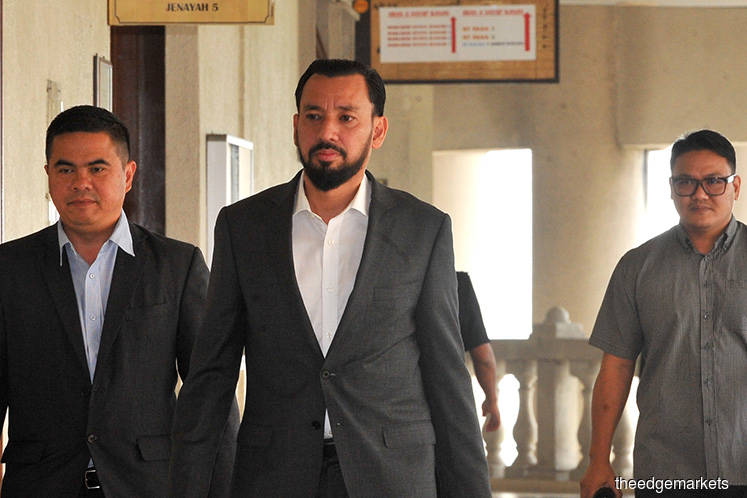 This followed the senior defence lawyer referring to the appendix of a letter, from then TIA CEO Datuk Shahrol Azral Ibrahim Halmi dated May 4, 2009, during his cross-examination of the witness.

Amhari said the names were suggested by Jho Low during one of the secret meetings he held with the fugitive businessman, along with the late Datuk Azlin Alias, who was Najib’s principal private secretary.

The witness said he did not know whether the names given by Jho Low were meant to impress the Terengganu authorities — including Sultan Mizan.

Muhammad Shafee: How did [the name of] Bernard Arnault’s of Loius Vuitton fame come up? Did it strike you that it could be a con job?

The senior lawyer then brought up the other famous names suggested for the TIA’s foundation to bolster his claim that Jho Low was conning them.

However, the witness said he was not aware of the foundation's composition.

Earlier yesterday, Amhari agreed that while he had said in his witness statement that the TIA — the precursor of 1MDB — was Najib’s “baby”, the former special aide to Najib later agreed, when shown documents by the defence, that the TIA was indeed mooted by Sultan Mizan himself when he was the 13th Yang di-Pertuan Agong.

The fund was intended to ensure that the state would continue to have revenue and be developed should its vast oil reservoirs dry up.