Jho Low and the Wolf of Wall Street: how Malaysian businessman 'hooked up DiCaprio' 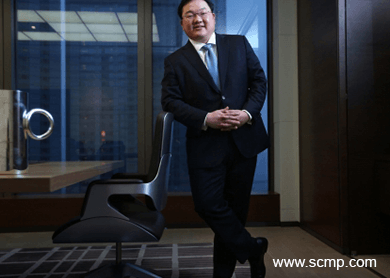 (March 12): The movie “Wolf of Wall Street” had Leonardo DiCaprio in the starring role and high-living Malaysian businessman Low Taek Jho played a part in making it happen.

In an exclusive interview with the South China Morning Post, Low revealed that it was he who introduced DiCaprio to Red Granite Pictures, a US film production company whose co-founder and chairman is Riza Aziz, a stepson of Malaysian Prime Minister Najib Razak and a son of Najib’s wife Rosmah Mansor.

This led to DiCaprio playing Jordan Belfort, the lead character in the movie, “The Wolf of Wall Street”, which was produced by Red Granite.

“I’ve known Leo for many years and through the Jynwel Foundation, we are actively involved in environmental conservation projects around the world” said Low, who was born in Penang, Malaysia, in November 1981 but has lived in Hong Kong since 2010.

From the bucolic island resort of Penang, Low grew up to become man-about-town in New York and London, parlaying big deals and partying with the rich, powerful and beautiful. DiCaprio was just one of many Hollywood friends he made along the way. Others included hotel chain heir Paris Hilton and Lindsay Lohan.

In 2012, after the Low family took a “substantial, but non-controlling stake” in EMI Music Publishing, one of the world’s leading music publishers in 2012, Low also become friends with numerous artists such as Alicia Keys.

Breaking his silence on his alleged role in the troubled Malaysian sovereign wealth fund 1MDB, Low agreed to be interviewed at his office in Central, a posh marble-clad interior with several sliding doors, evoking an aura of mystery. One of the doors slid open silently, and he emerged, in a sharp black suit -- a stark picture of contrast from online images of him partying in black V-neck tees and Hollywood stars draped all over his sweaty arms.

“I’m good friends with Riza,” Low admitted, adding that he has known Riza for 16 years since Low studied at the prestigious school Harrow in the UK while Riza studied at a nearby school.

“Through Riza, I met his parents,” Low said.

Low’s spokesperson denied allegations that he has acted as a business front man for Najib or his wife, and insisted that his dealings with Riza were limited to the the real estate transactions conducted “at arm’s length fair market value.”

The spokesperson confirmed media reports that his family had bought prime real estate in New York and Los Angeles for an estimated US$42 million, and later sold it to Riza for a hefty profit.

There have been media reports of his lavish jet-set lifestyle. In November 2009, the New York Post reported that Low burnt hundreds of thousands of dollars in nightspots in New York City in a matter of months, and once flew eight waitresses of a New York bar to Malaysia for a party.

The New York Post reported that Low once bought 23 bottles of champagne for US actress and singer Lindsay Lohan at a bar in New York for her 23rd birthday. Low lived at a US$100,000-a-month apartment in the Park Imperial, on West 56th Street, in New York, home to James Bond actor Daniel Craig and Sean “P. Diddy” Combs, reported the New York Post.

Low admitted, “I went out and had a bit too much fun.”

After his heady days of expensive partying, his grandfather and father lectured him in their native Chiuchow dialect, he recalled. “They told me I got carried away, and I should have my head firmly on my shoulders.”

Hong Kong corporate records indicate he lives in the upmarket district of Midlevels in Hong Kong. A Hong Kong property website advertised a 2,370 square foot apartment near to his address at a rental rate of HK$100,000 per month.

Low insisted that neither he nor his family had ever been involved in unethical monies made directly from the Malaysian government, and his grandfather and father had been wealthy in their own right.

In early May 2009, Low, who was then only 28, made a personal fortune of US$116 million by selling off his investment in real estate in the Iskandar project in Johor, Malaysia, his spokesperson said. In 2008, a consortium led by Mubadala Development Company invested US$1.2 billion in real estate in Iskandar, which was the first Middle Eastern investment in Iskandar, while Low co-invested and partnered Mubadala.