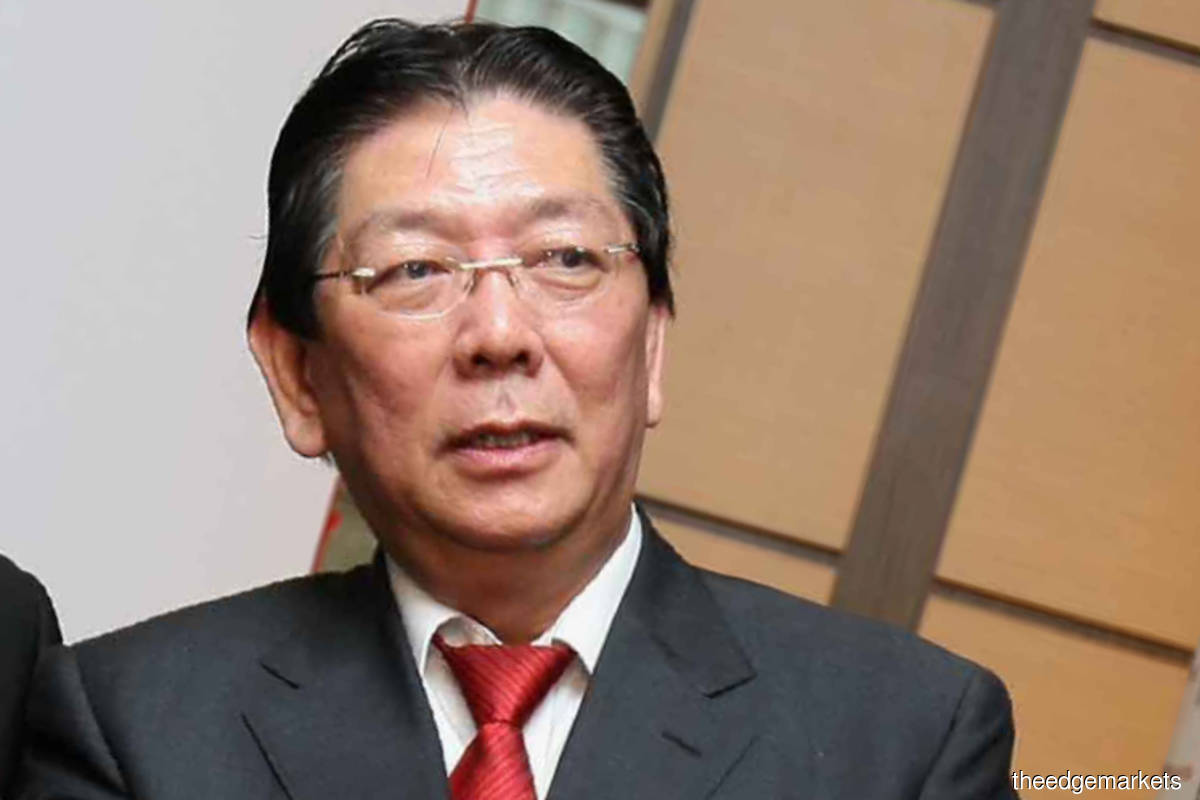 Wong: Malaysia is a small market. We will not stop here ... we are eyeing business opportunities in the whole region. (Photo by Mohd Izwan Mohd Nazam/The Edge)

OVER the past two decades, JCY International Bhd (JCY) has built a name for itself as a supplier of key mechanical components and contract manufacturer of hard disk drives (HDD).

But not many may be aware that the Johor-based HDD giant had, within the past year, ventured into the automotive space, which the company believes to be synergistic with its core business.

“JCY had already planned to diversify into the automotive industry some time back. We have been manufacturing certain parts of automotive components, but not in a big way. We are now scaling up our automotive segment of the business as we know that we need to diversify,” he tells The Edge in a phone interview.

In January, JCY signed an agreement to acquire the businesses of SDM Precision Casting Sdn Bhd — which trades in and manufactures aluminium alloy die casting products — for a total of RM5.385 million in a 15:85 cash-plus-shares deal.

“SDM Precision Casting is essentially a producer of automotive parts and components for motorcycles and cars. Its main client is a major Japanese motorcycle brand,” says Wong, 67, who joined the board of JCY in 2005.

He explains that SDM Precision Casting is a perfect fit for JCY as it can tap the former’s expertise and customer base.

“Many years ago, we tried venturing into the automotive market in China by ourselves, but we later found out that it is very difficult. You must have a track record. Now, by virtue of SDM Precision Casting and its Japanese client, we have a track record,” Wong says.

SDM Precision Casting not only produces parts and components for its Japanese client, but also a German automotive firm. Apart from that, it is in the midst of securing another big client from Japan.

“To be honest, I am not looking at the bottom line of SDM Precision Casting. I am more interested to jumpstart our business venture. I want to do it on a bigger scale because we have spare capacity,” Wong reiterates. JCY, he says, has received many enquiries on producing automotive parts and components in Malaysia in the wake of the US-China trade dispute.

“If you look at the big automotive firms in Japan, a significant portion of their parts and components come from China. Because of the pandemic and the trade war, many businesses are worried, and they wish to diversify their suppliers to outside China,” he says.

JCY is now trying to convince them to source automotive parts in Malaysia, says Wong, who notes that these automotive firms are not able to go back to Europe because the cost is too high.

“JCY’s strength is casting. We have a lot of good, high-precision casting machines. For us to go into two-wheel or four-wheel casting is not an issue at all. In fact, it is quite an easy job for us. We don’t even need to buy new equipment to produce their components,” he says confidently. JCY is not expected to make any major investment as its existing production facilities will be able to produce automotive parts and components.

“When SDM Precision Casting came to visit our plant, they were shocked [at how good our machines are]. Our plan is to utilise our spare capacity. The automotive operations will be consolidated in Johor,” he says.

JCY is also looking further afield to other countries.

“Malaysia is a small market. We will not stop here ... we are eyeing business opportunities in the whole region. For motorcycles, the biggest market in Asean is Indonesia, followed by Vietnam, Thailand and the Philippines,” he says.

“A lot of people are required to work or study from home due to the pandemic. Today, each family member needs to have his or her own computer for work and study,” he says.

Wong notes that unlike many industries, JCY was not hit by the Covid-19 pandemic as HDD remains the most popular massive data storage device. Its areal density (a measurement of the amount of data that can be stored on a given unit of physical space on storage media) has also increased tremendously over the years.

“We are now moving towards 18TB (terabytes), up from 12TB and 14TB previously. The corresponding number of units, or rather, the volume, does not increase dramatically. However, higher areal density means higher value-added, and theoretically, that’s good for our bottom line.”

The improvement was partly due to lower impairment recognised during FY2019, coupled with a one-time gain on the disposal of land and buildings through the acceptance of relocation compensation by a subsidiary.

Year to date, shares of JCY have gained 46% to close at 46 sen last Friday, giving the company a market capitalisation of RM956.8 million.

Wong says if JCY’s business venture is successful, the group would have a very different future.

“My personal view is that, given the plans that we have, if we successfully diversify beyond our traditional HDD business, which we are still comfortable with, JCY will become a very interesting stock.”