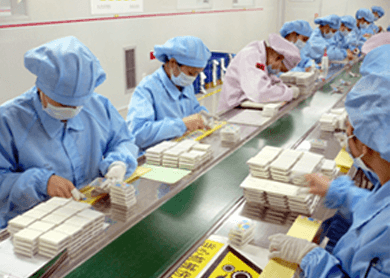 TOKYO (Aug 28): Japan's factory output is expected to have risen at a much slower pace in July on weakening demand from overseas, a Reuters poll showed, adding to concerns of a labored economic recovery from a second quarter slump.

Industrial production probably inched up 0.1% in July from the previous month, the poll of 22 economists showed. In June, production rose a revised 1.1%.

"I won't be surprised if the data shows the factory output fell in July. Both domestic and overseas demand is weak and an inventory adjustment has not been progressed," said Taro Saito, director of economic research at NLI Research Institute.

"I expect the economy will recover in July–September but there is a risk that China's economic slowdown accelerates, which could cause Japan's exports to deteriorate further, and hurt companies' productions," he said.

The ministry will also announce manufacturers' output forecast for August and September, which will offer some clues on how production activity is shaping up in an economy struggling to fire on all cylinders.

The world's third-largest economy shrank an annualised 1.6% in April-June on slumping exports and weak consumer spending.

Analysts expect the economy will rebound in the current quarter but growth may prove to be modest as a slowdown in China hits global demand and investment sentiment.