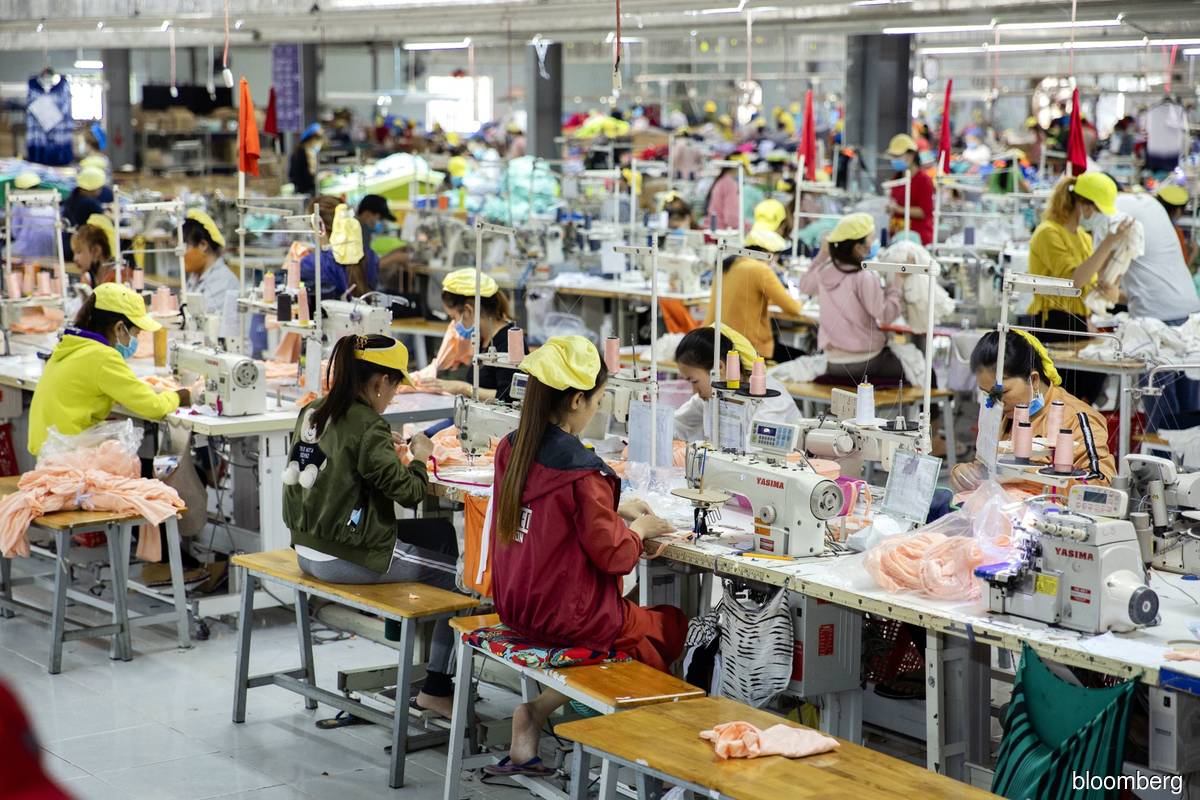 TOKYO/SINGAPORE (Aug 7): Japan’s quiet push to protect its supply chains in the era of Covid-19 may prove a boon to Southeast Asian nations looking to gain from the growing backlash against China.

The Japanese government is paying about ¥12 billion yen (US$114 million or RM476.69 million) to 30 companies to increase production in Southeast Asia, in the first round of a multibillion dollar programme to diversify supply chains after Covid-19 and worsening relations between the US and China. Japan wants to cut its reliance on China or any other individual nation and the money will hasten the trend of firms moving out of China and into cheaper neighbours like Vietnam or Thailand. Fujikin Inc makes parts used in semiconductor manufacturing and is one firm benefiting from the incentives. The Osaka-based manufacturer will receive subsidies worth two-thirds of its costs to shift production out of China and into Vietnam.

“We’d been thinking about increasing our capacity in Vietnam before the subsidy was announced, and it fit right in,” said company president Shinya Nojima.

When the virus shut down Fujikin’s suppliers in China earlier this year, their customers became worried about shipments of parts. “Our customers were asking us: Is the China procurement happening? Are we going to be able to meet the deadline?” Nojima said on Monday.

The coronavirus outbreak, and the lockdowns that followed, have forced businesses and government officials around the world to rethink their supply chains in order to reduce reliance on China as a manufacturing source.

Japan had already been a key player in Southeast Asia, home to some of Asia’s fastest-expanding economies before the pandemic and a growing and youthful population. Japanese investment in five of the region’s economies — Vietnam, the Philippines, Malaysia, Indonesia and Thailand — rose at nearly double the pace into China over the past decade.

Infrastructure development formed a big chunk of that investment, with Japanese firms vying with Chinese ones to build railways and hospitals in countries like Indonesia, the Philippines and Vietnam.

The US-China trade war and worries about China’s growing dominance in Southeast Asia have fostered stronger economic ties between Japan and the region.

Japan is considered the most trusted major power among Southeast Asian nations, according to an annual survey by the Singapore-based ISEAS-Yusof Ishak Institute, released in January. Of the 1,308 people surveyed across five professional sectors, 61.2% said they had confidence Japan would “do the right thing” to provide public goods.

That trust goes both ways, with Japan putting a net US$139 billion into Vietnam, Thailand, Indonesia, Malaysia and the Philippines over the past decade.

“Even before coronavirus and the US-China trade war struck, there was a shift away from production in China,” said Satoshi Kitashima, a deputy director at the Japan External Trade Organization.

Vietnam has emerged as the clear favourite for many manufacturers over the years, given its proximity to China, relatively low labour and power costs, and its openness to foreign investment. Kitashima, who had previously spent nine years in Vietnam facilitating business between the two countries, said there’s been a clear upward swing in Japanese direct investment in Vietnam since the global financial crisis more than a decade ago.

Fujikin’s Nojima says Vietnam’s wages are a 10th of Japan’s and lower than in China, while Kitashima says many firms are now moving to Vietnam with their focus on the nation’s young and rapidly growing domestic market. Investors also credit Vietnam for its stable political leadership and ability to contain the coronavirus outbreak, although the nation has recently seen a spike in cases again.

Of the 30 firms that secured Japanese government subsidies to expand production abroad to protect their supply chains, half of them will be using that money in Vietnam.

One of them is Showa International Co, a Tokyo-based business, that’s been making clothes in Vietnam for 25 years. The pandemic has seen it ramp up production of medical gowns and masks, with Kazuo Nishizawa, the head of the company, projecting it should be able to produce up to 150,000 gowns a month.

“There’s still a large shortage of gowns and masks,” he said. With demand surging across the world, “we have a mission to first be able to provide stable supplies to Japan,” he said.

Indonesia, Southeast Asia’s largest economy and the world’s fourth most-populous nation, is another country that’s benefited from a surge in Japanese investment, including in Jakarta’s first underground rail network. Indonesia announced in June that seven foreign companies will relocate their plants from China to Indonesia with a total investment value of US$850 million. Three of them were from Japan, including electronics giant Panasonic Corp and auto parts maker Denso Corp.

“FDI (foreign direct investment) from Japan will remain high or even higher, especially because the second phase of the mass rapid transit construction project in Jakarta will soon begin,” said Yuliot, a deputy chairman at the Indonesian Investment Coordinating Board, who goes by one name. Another reason is “the relocation trend of Japanese plants from China to Indonesia”, he said.

Within Japan, pressure is growing to secure supply chains.

“In the past supply chains were put together solely from the perspective of economic rationale,” Akira Amari, a confidante of Prime Minister Shinzo Abe and a senior ruling party official, said in an interview last month. “Amid the coronavirus crisis, the thinking is shifting toward diversifying risk from the perspective of national economic security.”