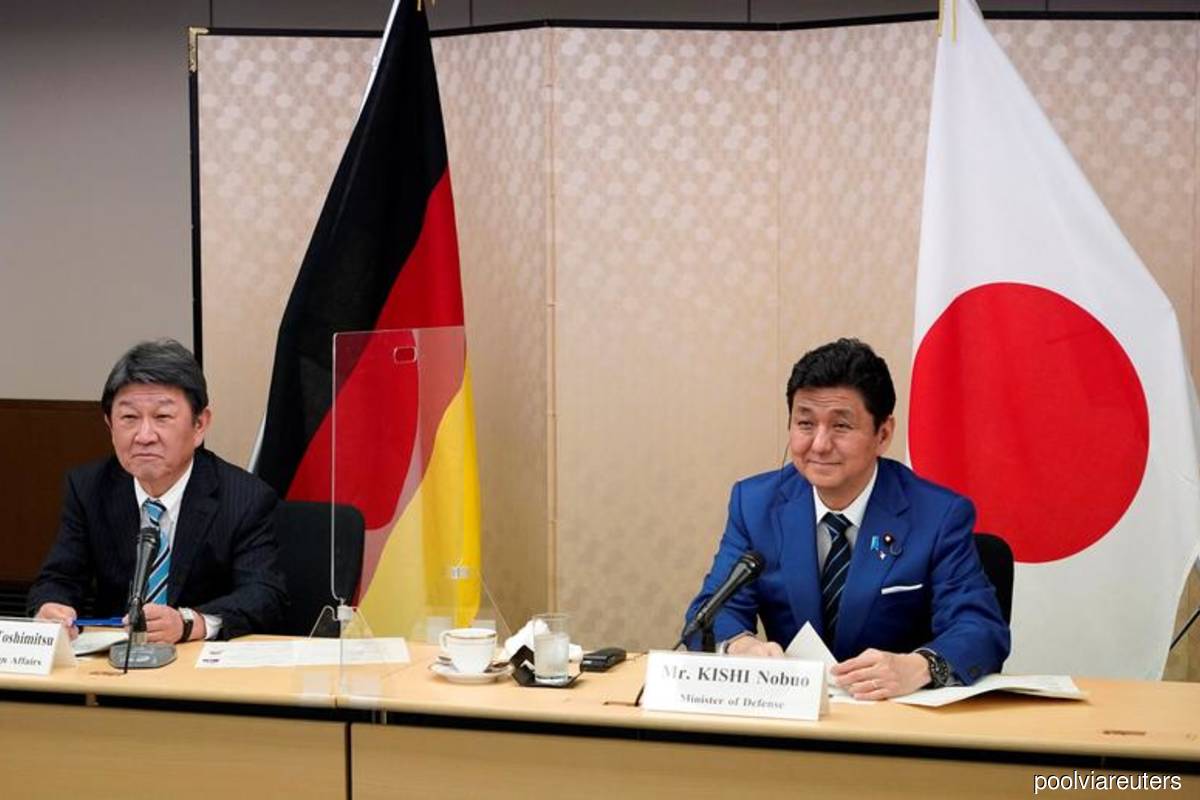 TOKYO (April 13): Japan on Tuesday proposed holding a naval drill with Germany when a German frigate visits Asia later this year, the Japanese government said, as Tokyo aims to bolster security ties with other democracies in the face of China's maritime expansion.

The proposal was made during the first security dialogue between the foreign and defence ministers of Japan and Germany, and the two sides agreed to look into the matter further, a Japanese government statement said.

Last month, German government officials said a German frigate would set sail for Asia in August and, on its return journey would become the first German warship to cross the South China Sea since 2002.

During the security dialogue, the Japanese and German ministers exchanged views on the East and South China Sea situation, and agreed on the importance of rules-based international order, the government statement said.

China claims almost all the energy-rich waters of the South China Sea, where it has established military outposts on artificial islands. Brunei, Malaysia, the Philippines, Taiwan and Vietnam also have claims to parts of the sea.

In the East China Sea, Beijing claims a group of uninhabited Japanese-administered islets, and the dispute has long troubled bilateral relations.