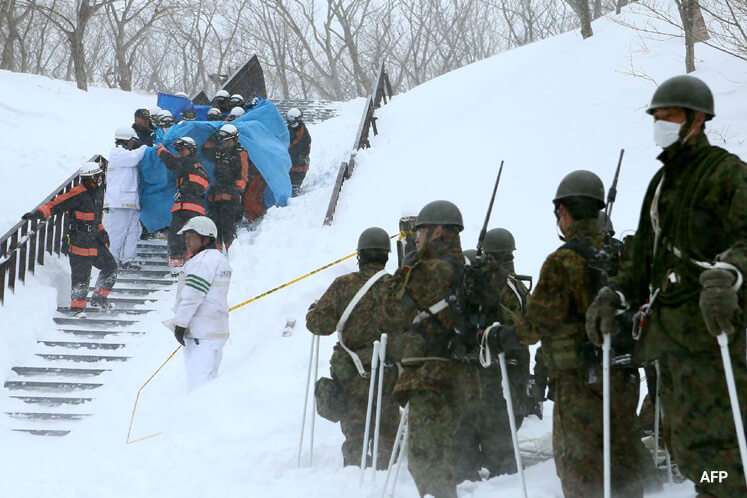 TOKYO (March 27): An avalanche in central Japan on Monday killed seven high school students and a teacher who were among a group of almost 50 on mountain climbing training, police said.

The avalanche swept down the hillside at around 8.30am near a ski slope in Nasu, 160 km (100 miles) north of Tokyo, where 40 high school students, accompanied by eight teachers, were climbing, a local government official said.

Thirty-eight of the group were injured and two were in critical condition, the official said, adding that there had been no fatal avalanches in the region for at least three years.

"We have avalanche incidents once or twice a year around here, but haven't had anything this big," a fire department official said.

An avalanche warning from a local meteorological observatory was in place for the area at the time of the accident.

A separate local government official said thee would be an investigation into why the group was climbing during an avalanche alert.