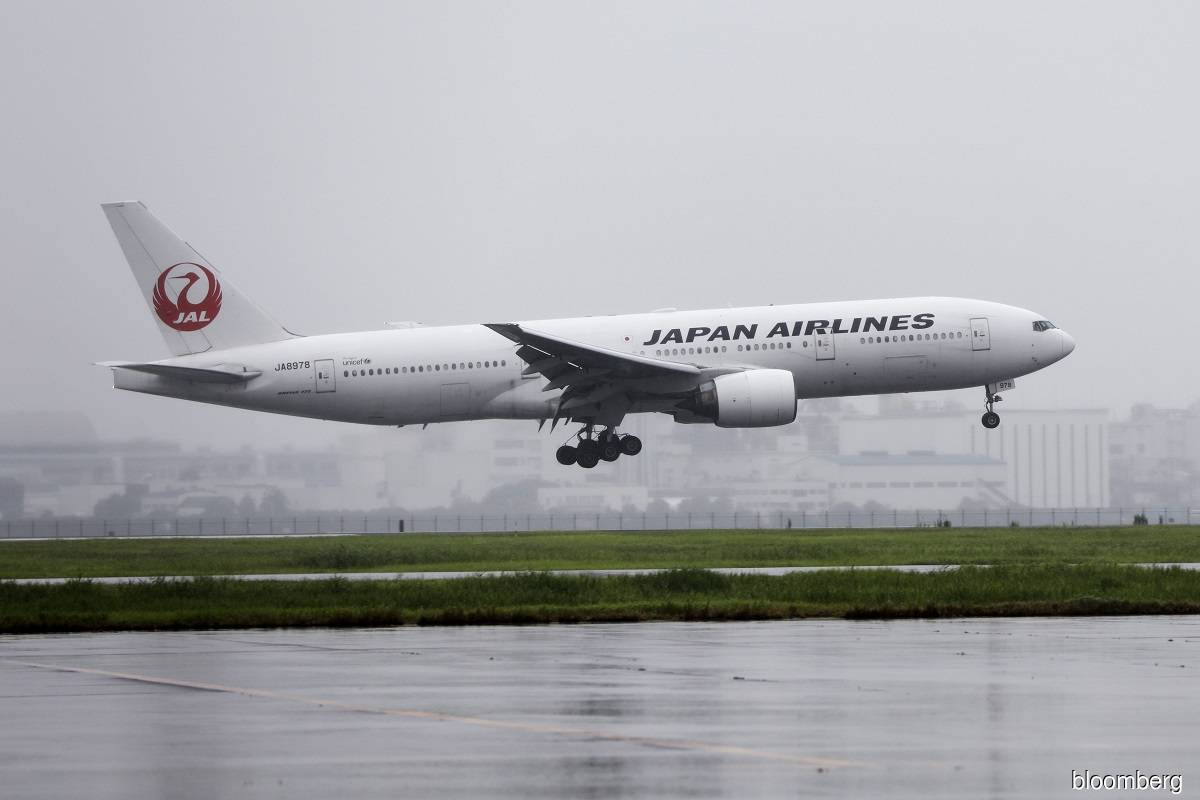 TOKYO (Aug 3): Japan Airlines Co (JAL) posted its biggest quarterly net loss in at least eight years and decided to forgo paying an interim dividend as it contends with the devastating impact of the coronavirus.

The carrier's first-quarter loss was ¥93.7 billion, the most since it relisted on the Tokyo stock exchange in 2012 after emerging from bankruptcy. Since then, it only posted one other quarterly loss; in January-March of this year.

The Covid-19 outbreak has damaged the aviation industry globally and forced airlines into unprecedented cutbacks. The International Air Transport Association does not expect a full recovery until at least 2024. While the Japanese government has not called a lockdown and travel restrictions have been relatively lax, there has been a resurgence in virus cases.

JAL's loss was worse than the ¥91.8 billion average forecast of two analysts, and the carrier warned it would take time for international demand to recover. A pickup in domestic demand has stalled as well, due to the recent flare-up in cases.