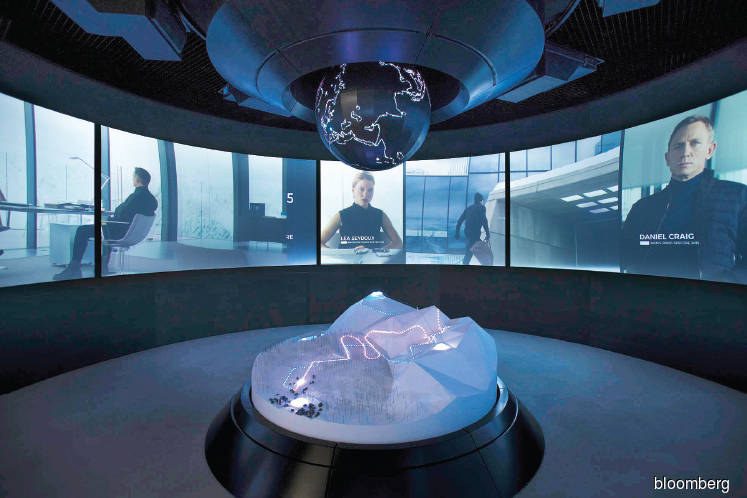 On July 12, you can recite your favourite James Bond catchphrase while trekking 3,048m up Gaislachkogl Mountain in Soelden, Austria. On its snowy peak is 007 Elements, a first-of-its-kind, immersive James Bond museum.

True Bond fans may recognise Soelden as the wintry backdrop from action sequences in the 24th Bond film, Spectre, which came out in 2015. For the scene, director Sam Mendes asked production designer Dennis Gassner to find a cold location.

“We went to the Alps in Switzerland and Austria and Italy,” said Gassner via phone. “Luckily, we found Soelden in Austria — and a restaurant, the Ice Q, at the top of this ski lift, which became the foundation for what we needed.”

Now the peak has been reimagined as a “cinematic installation” that places visitors inside the world of 007 while revealing how that richly layered and expensive world is made.

Visitors will be able to see the latest AI-enabled Jaguar Land Rover technology, as well as the guts behind the C-X75 concept car that starred in a car chase through Rome in Spectre. Although Bond may be an Aston Martin man, Jaguar Land Rover vehicles have appeared in nine Bond films since Octopussy in 1983, when Roger Moore made a dramatic escape in a Range Rover Classic.

Eight Bond films have featured a snowbound sequence, and 007 Elements is designed as a rugged environment to bring them to life. The first half of the installation features programmed sequences, and the remaining galleries are for exploration at guests’ own pace.

It is closer to a movie than to a traditional museum. The space was designed and developed by Callow and Tino Schaedler, head of design at Optimist Inc, a creative agency in the US and Europe. They collaborated with Austrian architect Johann Obermoser and his team at Arch Omo Architektur, who first designed the Ice Q, which Callow refers to as “a shiny Alpine jewel”.

Land Rovers and Range Rovers used in the film were towed up the mountain by snowmobiles because there were no access roads. Visitors to Elements, on the other hand, will be transported the same way as Spectre’s crew, which arrived in spectacular fashion via a 10-person cable-car system operated by Bergbahnen Soelden. Callow credits the cable-car company’s managing director, Jakob Falkner, with the “crazy, wacky concept of hollowing-out a mountain to build a super-modern experiential exhibition”.

The majority of the museum is tucked inside of the mountain. Building at such elevation presented unusual challenges. Concrete was ferried up the slopes by helicopter, and the structure is stabilised at 1ºC so it does not unsettle the permafrost or geological fault lines. Once fully complete, rock and ice will be replaced around the edges and atop the building to minimise the visual impact amid the panoramic landscape.

“Our aim with 007 Elements is to tell the narrative of the Bond story in an emotional and engaging way,” said Callow. “We want to use this incredible location to bring stories to life in a unique and unforgettable way.”

While the museum will focus on Spectre, it will also touch on signature assets across the franchise, thanks to participation by Metro-Goldwyn-Mayer and EON Productions, the studio and production company that own Bond film rights.

“They were keen to give approval and have been involved from the outset,” said Callow. “We were lucky enough with this project to have a real movie set exactly where Spectre was shot. An authentic location is the backbone of the entire thing.”

“From the first films, Bond has always been about being the first to do something, to test what can be done in an extreme way. Ian Fleming’s books raised the bar with technology, location, and character. So we wanted to make an experience that matched that progressive thinking of the 007 brand and brought it to the public in a new, unique way.”

Elements is not intended to make a profit, but to raise awareness of that long-time brand and to bring new guests to the Soelden Valley. Callow said: “It’s an added component to what’s already an amazingly wealthy region, in terms of things you can do.”