JAL could be a contender for Malaysia Airlines 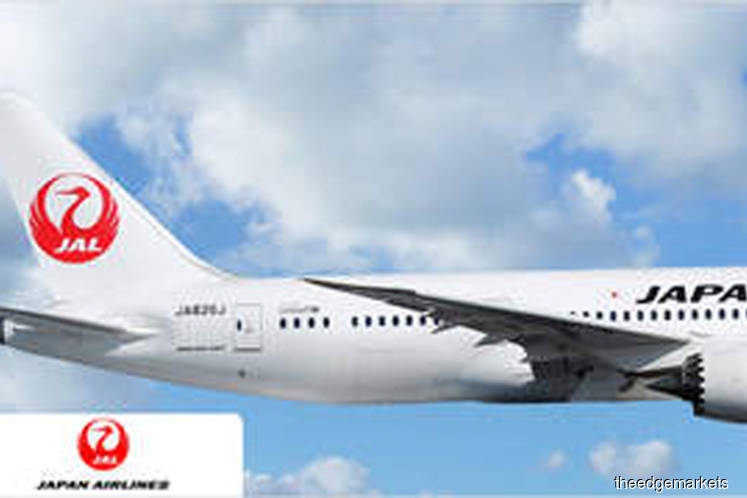 JAPAN Airlines Co Ltd (JAL) could emerge as a contender to acquire a stake in ailing Malaysia Airlines Bhd, two people familiar with the matter tell The Edge.

It is understood that there have been high level talks for JAL to come into Malaysia Airlines, due to the close ties between the Japanese government and the current administration.

“JAL could be the one ... Under the current government, we (Malaysia) like all things Japanese and Khazanah [Nasional Bhd] has been selling assets to the Japanese lately,” a source says.

The source was referring to Khazanah’s sale of a 16% block of shares in IHH Healthcare Bhd to Mitsui & Co for RM8.42 billion cash, which saw the sovereign wealth fund’s stake trimmed to 26.05% while Mitsui’s was nudged up to 32.9%, giving the Japanese company a controlling block in IHH.

Khazanah is the sole shareholder of Malaysia Airlines.

Until recently, it was thought that JAL was merely looking at a joint venture with the national carrier, and such an agreement has already been inked.

When asked by The Edge, a high-ranking government official says, “At this point, there is only a JV.” But things could pick up. In June, JAL president Yuji Akasaka was reported as saying that it was too early to say whether the Japanese flag carrier would consider an equity investment in Malaysia Airlines, but future discussions were possible.

It is also understood that a proposal by a Malaysian company was dropped.

At press time, a proposal by privately held Jentayu Danaraksa Sdn Bhd is said to be the only one submitted to Morgan Stanley — the US advisory firm given the mandate to find a solution for Malaysia Airlines. Other Malaysian outfits that had previously expressed interest were Najah Air Sdn Bhd, which was formed by a group of entrepreneurs led by AirAsia Group Bhd co-founder and former chairman Datuk Pahamin Ab Rajab; the Weststar group — the flagship of businessman Tan Sri Syed Azman Syed Ibrahim; and former employees of the now-defunct Malaysian Airlines System Bhd (MAS) led by corporate lawyer Shahril Lamin and Tan Sri Abdul Aziz Abdul Rahman, who was a managing director of MAS, as its adviser did not submit proposals.

The appeal of JAL stems from it being in a similar situation to Malaysia Airlines not long ago. JAL had filed for bankruptcy in January 2010, weighed down by US$25 billion in debt. Prior to its successful turnaround, JAL was bailed out by the Japanese government four times in 10 years.

A state-backed Japanese fund, the Enterprise Turnaround Initiative Corp, injected US$4.44 billion into JAL in 2010 to help revive the ailing airline. In three years, JAL turned the corner after slashing more than 15,700 jobs, or a third of its workforce, axing unprofitable routes, shelving ageing oil-guzzling airplanes and lenders losing billions in haircuts, after which the state-led restructuring undertook an US$8.72 billion initial public offering (IPO).

Since 2001, about RM23.6 billion has reportedly been injected into Malaysia Airlines in various failed attempts to resuscitate the national carrier. Khazanah forked out RM1.4 billion in 2014 to privatise Malaysia Airlines, as part of a five-year turnaround programme. Thus far, the turnaround has not taken place. Last year, Khazanah suffered a pre-tax loss of RM6.3 billion, largely brought about by RM7.3 billion in impairments, half of which were attributable to Malaysia Airlines.

Earlier, Qatar Airways Co QCSC was said to be interested in taking a stake in Malaysia Airlines. Qatar Airways has small stakes in several airlines, including 49% in Air Italy, 20% in Anglo-Spanish outfit, International Consolidated Airlines Group SA, 10% in Cathay Pacific Airways Ltd, 9.97% in LATAM Airlines Group SA and 5% in China Southern Airlines, among others.