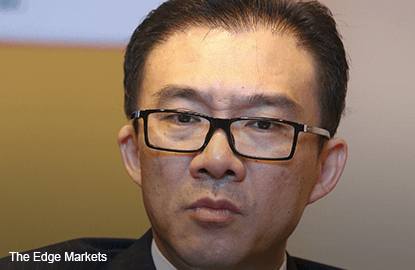 In a statement yesterday, Jaks said the principal financiers for the US$1.4 billion loan are Industrial and Commercial Bank of China (ICBC), China Construction Bank Corporation (CCB) and Export-Import Bank of China (Exim Bank).

Subsequent to this financing agreement between CPECC and its principal financiers, Jaks’ wholly-owned subsidiaryJaks Hai Duong Power Company Ltd, which will be undertaking the IPP project, entered into a shareholders’ loan facility agreement with CPECC’s subsidiary China Power Engineering Consulting Group (HK) Investment Co Ltd, to accept a term loan facility in an amount not exceeding US$1.4 billion, representing 75% of the total project cost.

Jaks added that the IPP project will be funded by 75% debt and 25% equity.

Jaks received approval from shareholders on Sept 15 to proceed with the proposed 50:50 JV agreement between Jaks’ subsidiary Jaks Power Holding Ltd and CPECC to invest in the IPP project in Vietnam.

“This is another key milestone for Jaks. With the passing of shareholders’ resolution and signing of loan agreements, we will be able to formalise financial close for the IPP project before the end of October 2015.

“We are also delighted to see the support from our financiers, ICBC, CCB and Exim Bank, which certainly underscores the bankability of the IPP project in Vietnam,” said Jaks chief executive officer Ang Lam Poah in yesterday’s statement.

Ang added that once the JV receives financial closure, it will move to groundbreaking and the commencement of construction work of the power plant itself. He is confident that the power plant will be completed by 2020.

The US$1.87 billion power plant project will be executed in two separate contracts. The first engineering procurement and construction contract valued at US$1.06 billion was awarded to a CPECC-led consortium, while Jaks’ wholly-owned subsidiary Golden Keen Holdings Ltd was awarded the second EPC contract worth US$454.5 million for civil and M&E engineering works.

This contract helped to boost Jaks’ construction order book up to RM2.52 billion from RM632.4 million as at end-June 2015.

Jaks’ share price staged a rebound after it hit a low of 75 sen last month. The stock closed at RM1.09 yesterday, up one sen with 4.21 million shares traded.