Ivory Properties set to be back in the black 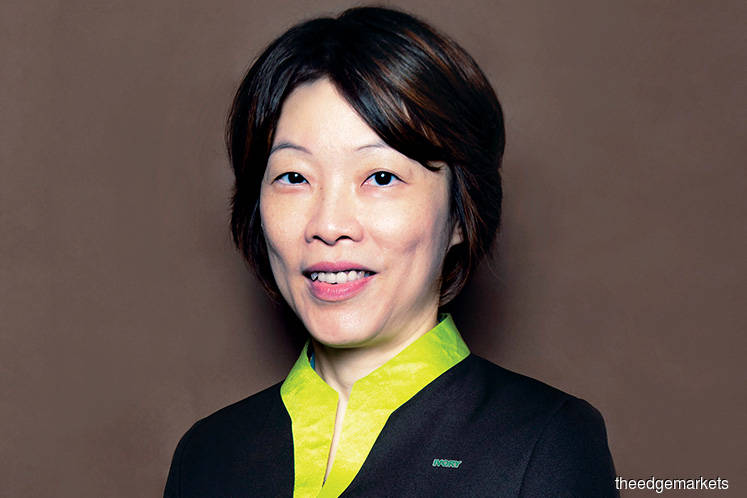 GEORGE TOWN: Ivory Properties Group Bhd, which posted losses in the past two quarters, is confident of returning to profitability when three new projects in Penang come on stream.

Its chief financial officer, Grace Ju Siew Lee, said the group is undergoing a “transition period” before it starts reaping the fruits of its hard work again.

“We have completed most of our [Penang] projects in hand such as City Mall, City Residence and [Phase 1 of] Tropicana Bay Residences,” she told The Edge Financial Daily.

“We will definitely turn around with the commencement of new projects, of which the earliest one will be Penang Times Square Phase 4. This will be somewhere around the third quarter of this year,” she added.

Ju said the group is projecting a “decent contribution” from this project, which comprises a commercial podium, suite and hotel with a gross development value (GDV) of RM410 million.

“So once the construction starts, we can start recognising our revenue and profit. From there onwards and beyond, I expect the group’s results to [be back in the black],” said Ju.

She expects the group to record a “positive bottom line” for the current financial year ending March 31, 2019 (FY19).

“With the lower revenue for this [first] quarter, the loss is something we can’t avoid. It (fall in revenue) is because there is not enough business volume and less activity, because we usually depend on a single project at a time.

“So I think it is a transition period for us now, just waiting for the [three] new projects to start work,” Ju said.

Despite its weak results, Ivory Properties has decided to pay dividends to its shareholders, starting with an interim dividend of 2.5 sen per share, to be paid on Oct 17.

“This is the first time we are announcing a dividend for our shareholders since our main board listing on Bursa Malaysia [in July 2010],” said Ju. “Our board is looking at a long-term dividend policy [which] we are still considering.”

She said the group is able to declare dividends based on its retained earnings, backed by over RM100 million cash in its coffers.

Having established itself as a leading property developer in Penang, Ivory Properties is also involved in projects outside the state.

Two upcoming projects in Kuala Lumpur are Avenue 8 in Sungai Besi that consists of office units and serviced apartments, and Grand Connaught in Cheras, a mixed-used development along the Salak Expressway. The two projects have an estimated GDV of RM230 million and RM900 million respectively.

Ju said the group is also on the lookout for suitable pieces of land for development in southern Peninsular Malaysia.

“We have plans to go to the southern region if the opportunity arises. The business development [team] is looking around [the area] to help enhance our presence not only in Penang and the Klang Valley but [also] in other states as well,” she said.

The group has also acquired 64-acre commercial land in Sitiawan, Perak in October 2017 for RM133.86 million and is working towards completing the sale and purchase agreement entered into with land owner Remco Engineering & Construction Sdn Bhd in the first quarter of 2019.

“We are making our first presence in Perak and that will actually enlarge the group’s land bank by 64 acres from 59 acres presently,” she said.

Known as Sitiawan Square, the project with a GDV of RM1.2 billion will consist of strata-titled shops, a departmental store, a supermarket, a cineplex, terrace outlet shops, hotels and other commercial buildings.

Having focused on developing premium residential and commercial properties, Ju said the group will not discount the opportunity to develop affordable houses in the future.

“We hardly do affordable houses but given the [current] trend, we will change our marketing strategy if any opportunity arises,” she said.

Ju said the group currently has unbilled sales of RM640 million and has not tendered for any external job as it is busy with in-house projects.

Going forward, Ju is hoping for lending rules on properties to be relaxed due to the softening of the property market.

“We really hope that the lending policy will be loosened. We will also try to strategise something to see how we as the developer can come in to help them (purchasers). We really need to explore some kind of scheme,” she added.