BEHIND THE STORY: Riding the Penny Stock Roller Coaster by theedgetv 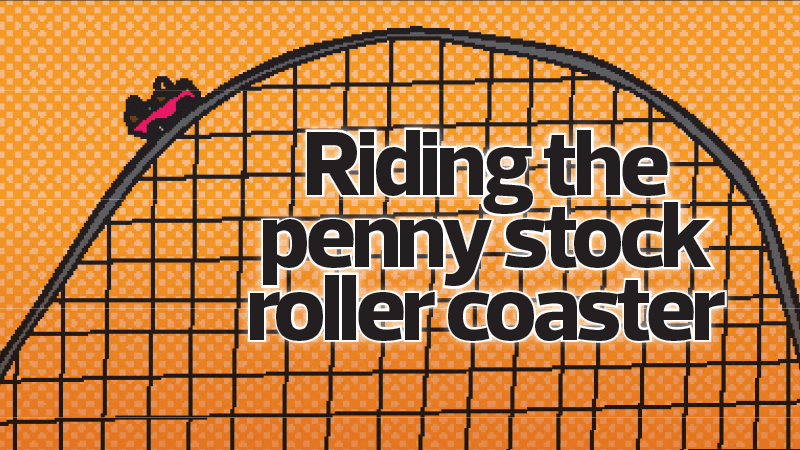 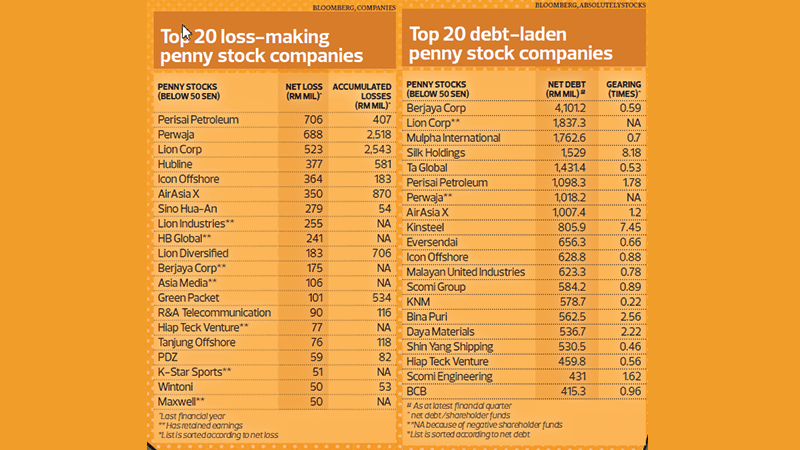 KUALA LUMPUR: Groups of local sophisticated investors, comprising high-net-worth individuals, have pooled funds amounting to RM200 million to actively buy into Bursa Malaysia-listed penny stocks — defined as those priced at less than RM1 — in the next few months, which marks the beginning of open season for penny stocks, according to sources with local investment banks.

Of the exclusive investment clubs being formed, one of them is eyeing 20 penny stocks and so far has identified at least three potential target companies, reported The Edge Malaysia in its cover story for the week of July 18-July 24, entitled 'Riding the penny stock roller coaster', by Liew Jia Teng.

“They are approaching a few investment banks to help them hunt for penny stocks that are valued at below 50 sen per share, preferably loss-making and debt-laden companies in the services and manufacturing sectors. Basically, they will come in as white knights with restructuring and turnaround plans,” a source told the weekly.

The development is not unheard of as the period from June to August is usually the most popular season for the trading of penny stocks because it is easier to create excitement when the market is running low on ideas, another source highlighted.

“It’s not something unusual because it happens almost every year, but I would say that the situation is getting more severe this year. There are always concerns that the so-called ‘white knight’ investors may pull out their investments after the share prices move up, leaving some clueless retail investors in limbo,” he warned.

The high-velocity penny stock world has also always been a playground for traders and speculators, who seek to make quick and easy money in a short period of time.

But for retail investors, the highly speculative nature in penny stocks trading is like playing musical chairs — fun and exciting when you're winning, but you don't want to be left holding the shares when the rally stops.

Areca Capital Sdn Bhd CEO Danny Wong Teck Meng cautioned that while the backgrounds of the white knights do carry a certain weight, it is more important to keep track of the execution of their turnaround plans, and advised retail investors not to be overly excited about the turnaround game plan before it is carried out.

But among those that are seeing a positive turnaround is Borneo Oil Bhd, after Tan Sri Lau Cho Kun emerged as a substantial shareholder in the company in October 2014, cited Wong. Cho Kun is the nephew of the late Tan Sri Lau Gek Poh, who founded the Hap Seng Group.

But a white knight does not guarantee a happy ending, as evidenced in the numerous cases of ambitious plans — be it corporate turnarounds, restructuring exercises or business diversification projects — that never came to fruition or have yet to materialise over the years, the weekly wrote.

During Nazifuddin’s brief tenure as a director of Harvest Court — from Oct 28 to Nov 21, 2011 — the company signed an agreement to design and build a RM70 million pulp and paper plant in Negeri Sembilan to process oil palm empty fruit bunches for 1Green Enviro, and another for a RM129 million contract to participate in Sagajuta’s mixed-use development in Kota Kinabalu, Sabah.

So given the uncertainty, changes and high risks associated with investing in penny stocks, those who want to take the chance and are willingly go on a roller-coaster ride should be aware of the downside risks, the weekly noted.

To find out more, including what are the top 20 loss-making penny stock companies and top 20 debt-laden ones, check out The Edge Malaysia now at newsstands near you.

P/S: The Edge Malaysia can also be downloaded from Apple's AppStore and Androids' Google Play.