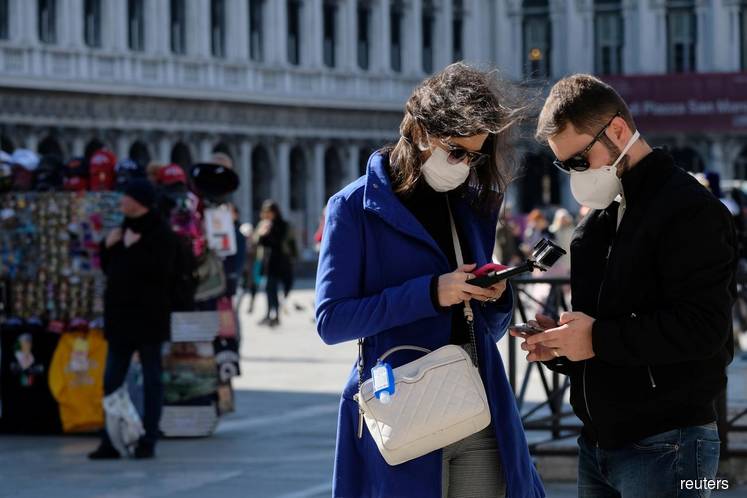 ROME (March 26): Italian Prime Minister Giuseppe Conte said on Thursday that he rejected draft proposals prepared by sherpas at a summit of European Union leaders, intended to tackle the economic crisis caused by the coronavirus outbreak.

In a statement released by his office while the video conference between the leaders was still ongoing, Conte said the proposals were too timid and he gave the EU 10 days to come up with adequate solutions.

Conte did not say what Italy would do if Europe failed to reach an agreement. Spanish Prime Minister Pedro Sanchez agreed with the 10-day deadline, Conte's office said.

In a speech to the Italian Senate before the summit, Conte called for the launch of European "recovery bonds" aimed at financing "a courageous economic response" to the outbreak that has spread across the world.

"Europe will only be able to face the shock with extraordinary and exceptional measures," the prime minister told lawmakers, adding all of Europe would be hit by a "hard, severe" recession.

Nine countries, including Italy, France and Spain, have called for mutual debt, but Germany, the Netherlands, Austria and Finland are opposed.

Conte told EU leaders at the summit that each country would remain responsible for its public debt, his office said seeking to overcome resistance to some form of common debt instrument.

Italy has seen more fatalities from the coronavirus than any other country — figures released on Thursday showed that 8,215 people had died in little more than a month.

Economy Minister Roberto Gualtieri told parliament this week that he expected a steep fall in Italy's gross domestic product in the first half of the year, and a full-year contraction of "a few percentage points".

A government source told Reuters that the Treasury was estimating GDP would fall more than 3% for 2020, in a highly uncertain scenario subject to downside risks.

Other forecasters are much more pessimistic. Goldman Sachs expects the euro zone's third-largest economy to shrink by 11.6% this year.

With Italy's economy on its knees due to the lockdown imposed to fight the outbreak, Conte promised a second stimulus package in April worth more than the 25 billion-euro package (US$27.43 billion) adopted in March.

The extra spending means Italy's 2020 budget deficit looks certain to climb above 4% of GDP, from the 2.2% target previously set in September and the 1.6% reported in 2019, which was the lowest in 12 years.

Credit rating agency Scope warned on Thursday that the economic costs of the epidemic could easily push Italy's debt-to-GDP ratio above 145%.

The ruling coalition of the anti-establishment 5-Star Movement and the centre-left Democratic Party will update its budget and growth forecasts in April.