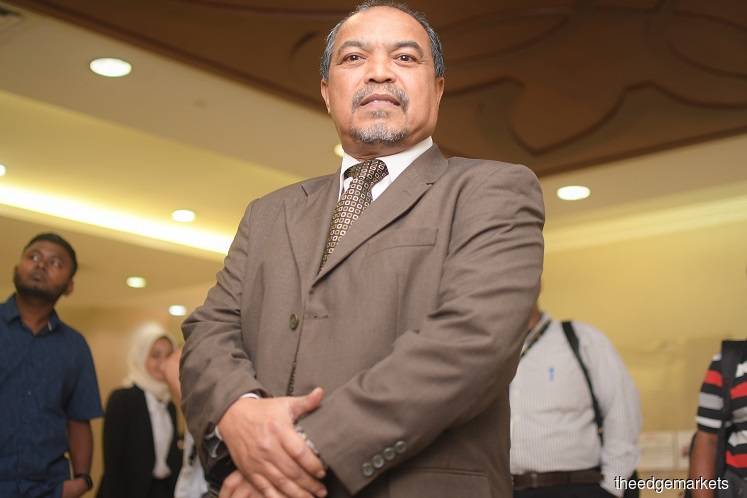 Jamil Khir, who was the fifth defence witness in the SRC International Sdn Bhd trial, said Najib and King Abdullah had an informal meeting in Riyadh, Saudi Arabia, in January 2010, where one of the points of discussion entailed Najib seeking financial aid from the king.

Jamil Khir then listed out the points of discussion for the meeting, with point number 5 stating: "Financial assistance from Saudi Arabia".

During cross-examination of the witness, appointed prosecutor Datuk V Sithambaram asked Jamil Khir about this point of discussion in the meeting.

Sithambaram: Did Malaysia ask for donations or did Saudi Arabia offer it?

Jamil Khir: There was a request.

Previously, Najib had testified that businessman Low Taek Jho (Jho Low) was the conduit between him and the Saudi royal family, which was why he had no communications with them about their "donation" to him.

Jamil Khir also testified that he had never heard of Jho Low being involved in this request and that it was a direct discussion between the late King Abdullah and Najib.

Private discussion between the King and Najib
Earlier, Jamil Khir went into detail about the donation agreement which had been made between Najib and the King.

"At the end of the meeting, I was signalled by Najib to escort him, the King and his translator to take a walk to the centre of the meeting hall. This was because a private discussion was going to take place between both men… The confidential discussion included an assurance from the King that he would give a donation," he read in his witness statement.

Jamil Khir also testified that King Abdullah had told Najib that he would send the money to the latter's private account to strengthen political ties between both men.

"King Abdullah was also concerned that if he had given the money to any political entity, it will complicate the way the funds are spent," he added.

The witness also said this donation was never discussed in cabinet meetings and not revealed to the public.

Sithambaram: Was this decision, the request for funds, discussed in cabinet?

Sithambaram: Why wasn't this matter, which involves financial assistance from a foreign nation, discussed in cabinet?

Jamil Khir: I am not sure.

Sithambaram: You said the request for the funds was so that the government led by Datuk Seri Najib wins the election. Was this discussed at any time in cabinet?

Jamil Khir: The source of political donations is never discussed. I am not sure.

Sithambaram: Was this discussed after GE13 (the 13th General Election)?

Sithambaram: Would you agree that this matter was hidden from the public?

Jamil Khir: It was not told to the public. I agree.

Najib received US$800 million in his account in early 2013. While he claims the funds were a Saudi donation, investigators in Malaysia and the US Department of Justice have pieced together a money trail showing that most, if not all of the money, originated from 1Malaysia Development Bhd.

In July the same year, he had returned the unused balance of US$620 million.

The former premier is accused of seven counts of criminal breach of trust, money laundering and abuse of power involving a total of RM42 million SRC funds in 2014 and 2015.

Najib maintained that the sum which he had spent originated from donations from the Saudi royal family.

Read also: Najib: Jho Low was middleman between me and Arab royal family