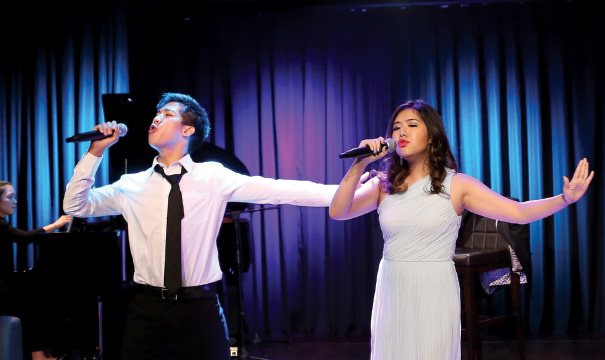 In their eighth musical collaboration, the duo belt out a medley of songs that reflect their personal and shared memories. 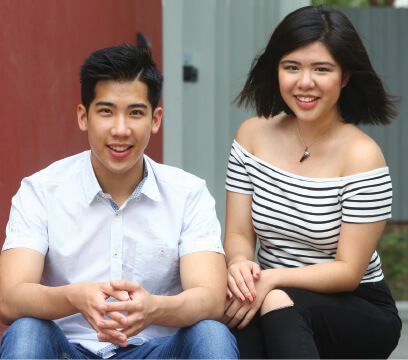 +A
This article first appeared in The Edge Financial Daily, on August 22, 2016.

Yong Zheng Xi and Joanna Tan are two young people at different crossroads in their lives, but will nevertheless share a stage in an intimate concert of songs, It Takes Two, that reflect their personal and shared memories.

This year marks the eighth time that Yong and Tan have sung together, both casually and competitively, and is Tan’s second show at the Theatre Lounge Cafe. Incidentally, Yong was a guest performer in the first show.

For the idea behind this show, Yong, 22, says: “It is a concert where we share our adventures in the past few years, especially in university life.” Tan, 20, chips in, “I think we’re both at a point in our lives where there’s a lot of uncertainty and question marks as well.”

Both singers recently returned from London, UK, where Yong graduated with a law degree from King’s College, while Tan is on summer break after her first year of pursuing her degree in accounting and finance at the London School of Economics and Political Science.

Despite their age, the pair is experienced when it comes to performing. Yong’s start in singing came at age nine, in a school Chinese folk singing competition. “The school then selected me to attend school division and then I got to state level. It all started from there, I’ve just been singing ever since.” At King’s College, he was also part of the award-winning All the King’s Men acapella group.

For Tan, her natural love for music was encouraged by her parents, who, after work each day,  would watch her put on mini-shows as she was growing up. As her talent blossomed, they allowed her to participate in various productions and also take lessons from well-known songstress, Tan Soo Suan.

“We were both new students in high school. I was 13 and he was 15, and we competed against each other in the solo singing category of an inter-class competition,” Tan says, recounting how they first met. “Then we were put together as duet partners in a musical theatre production. That was our first time working together.”

Their mutual love for singing and natural stage chemistry kept the friends close. When Tan went over to London in September last year, the duo immediately got into performing again, taking part in competitions along the way. Most recently, they were runners-up in a competition involving more than a 100 Malaysian students from all over the UK.

Explaining the meaning behind the show’s theme, the duo opens up about their personal journey. “We will share about all the crazy things we’ve been up to this past year. Some of that includes Zheng Xi changing career paths, and for me, living abroad and experiencing London for the first time,” says Tan.

Yong will be starting his Masters in Musical Theatre at Britain’s oldest conservatoire, the Royal Academy of Music in London, next month. The soft-spoken aspiring entertainer spent a year agonising over whether to pursue his passion or not to, then used another year to prepare for the tough enrolment process.

“I didn’t actually tell my parents until I got accepted. I felt it was a test of my potential — what’s the point of convincing them if I didn’t even get in? The audition process is rigorous and acceptance rates are really low. There were local students who had tried for four years and still didn’t get into any of the schools. You actually need to have a CV,” illustrates Yong.

On the other hand, Tan says she may have found her motivation for a career in the corporate world, “I just did an internship at an asset management company. For the longest time I had wondered if I could find something to do as much as I like singing. But I realise I do have a passion to learn more about finance. Every day, I was excited to wake up and go to work.”

Yet, she’s thankful to be able to perform here in KL before heading back for her second year. “I wasn’t going to. But the Dama Orchestra directors, Kai Loon and Seng Chew, were very nice. They asked if I wanted to put on another show this year. So I said I only wanted to do it if it’s with Zheng Xi,” she laughs.

Performing about 15 pieces comprising solos and duets, Yong and Tan will present songs from musical theatre and pop genres, including songs from Barbra Streisand, Michael Bublé, as well as musicals such as Wicked and Grease.

Among highlights would be What I Did For Love from A Chorus Line, a particularly poignant song for Yong. There will also be lighter moments, including Tan’s story behind her performance of Part Of Your World from The Little Mermaid.

Promising to be a refreshing and energetic show, It Takes Two will also include the duo taking a break from singing to share stories with the audience based on their own experiences. “We’re really excited about what’s to come. It’s open ended, but we’re optimistic,” summarises Tan.

Catch It Takes Two at 9pm on tomorrow and on Thursday at the Theatre Lounge Cafe, Plaza Damas 3, Sri Hartamas, Kuala Lumpur. Cover charge is RM40. For more information, call (03) 6730 7982.