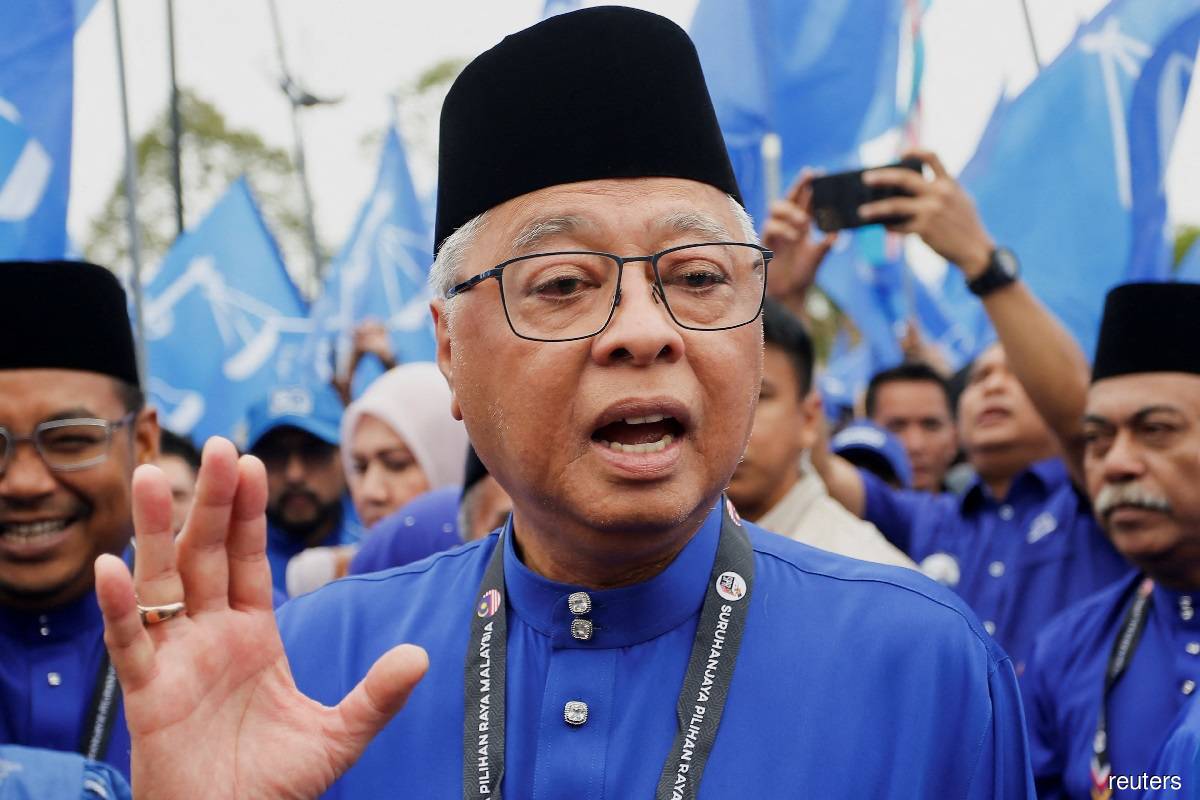 He said even though GPS, comprising Parti Pesaka Bumiputera Bersatu, Sarawak United Peoples' Party, Parti Rakyat Sarawak, and Parti Demokratik Progresif, is not with BN, the two coalitions have a long history of relationship.

"We understand one another. We understand the aspirations of Sarawakians. We are more understanding of the relationship, despite our differences now but we are still similar," he said at a media conference after officiating at the Selangau section of the Sarawak Pan Borneo Highway on Monday.

Ismail Sabri said GPS members of Parliament (MPs) had shown they were prepared to be with BN MPs in the opposition after GE14 and joined the government formed by BN in 2020.

"When I was the opposition head, GPS was with us. They did not join PH (Pakatan Harapan) then. This means we are always together. When we formed the government, GPS also joined us. I am sure the relationship will continue," he said.

Touching on his previous statement regarding the his confidence that BN would win GE15, Ismail Sabri said that even if the victory is based on a simple majority, the government will remain stable due to the enforcement of the anti-party-hopping law.

"It is different now compared with before. In the past, the simple majority was very dangerous because there was still the possibility of party-hopping. Now with the anti-party-hopping law, after winning, no one can jump party. If someone hops [to another party], he has to vacate his seat and contest again," he said.

In the meantime, Ismail Sabri said that the Budget 2023, which was tabled on Oct 7, is likely to be re-tabled with improvements if BN is given the mandate to lead the government after GE15.

He said that most of the BN manifestos for GE15 revolve around the budget.

"There is also a possibility that [Budget 2023] will be improved. We will see after the [GE15]. The important thing is that we have to win first," he said.

Ismail Sabri, in his speech, gave an assurance that Sarawak will remain his priority as long as he leads the government after GE15.

He said the priority is by taking into account the issue of allocations which would be channelled to the state, which still needs a lot of help in terms of allocations for its development.

"In terms of commitment to looking after Sarawak, there is no comparison with the Barisan Nasional government. We are the ones who look after the interests of Sarawak," he said.

According to him, the Cabinet that he led before GE15 decided to resume the federal projects which had been cancelled by the PH government, by taking the example of the Selangau Section under Phase 2 of the Sarawak Pan Borneo Highway project.

He said that other major development projects which had been cancelled by PH but resumed by his government were the Trans-Borneo Highway, which passes through Brunei, and the Sabah-Sarawak Link Road project, which bypasses Brunei.

Ismail Sabri said that assistance for Sarawak to improve the infrastructure of dilapidated schools and rural clinics in the state will also continue, in addition to setting a target for the entire state to have internet access within two years.

To enable the planning to continue, Ismail Sabri hopes that the people of Sarawak will be able to give their full support by ensuring that they make wise choices in GE15.

"The elected government must be the one responsible... not the one that cancels the projects. Don't make the wrong choice because we are the ones who end up suffering. Make the right decision in GE15 to form a government which can help Sarawak," he said.

The Election Commission has set Tuesday (Nov 15) for early voting, and Saturday (Nov 19) as polling day.