IRM to be delisted on Aug 21 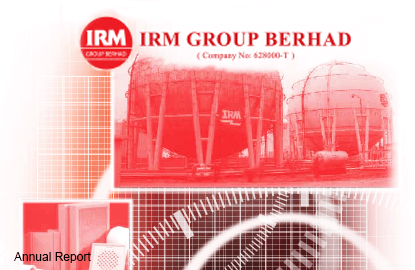 In an announcement today, Bursa has dismissed the Practice Note 17 (PN17) group’s appeal for a further time extension to submit its regularisation plan to the relevant authorities for approval.

The regulator said it has decided to delist the company, pursuant to paragraph 8.04 of the regulator’s Main Market Listing Requirements.

Bursa said with respect to IRM securities currently deposited with Bursa Malaysia Depository, the securities may remain deposited notwithstanding the delisting of the company’s securities.

It added that this can be effected by the submission of an application form for the withdrawal by shareholders, in accordance with the procedures prescribed by Bursa Depository.

“These shareholders can contact any participating organisation of Bursa Securities and/or Bursa Securities’ General Line at 03-2034 7000 for further information on the withdrawal procedures,” said the regulator.

Upon delisting, IRM will continue to exist and continue its operations and business and proceed with its corporate restructuring, but as an unlisted entity.

However, its shareholders will be holding shares which are no longer quoted and traded on Bursa.

To recap, IRM Group lapsed into PN17 status on May 31, 2013, after a series of recurring losses and the fact that its shareholders’ equity on a consolidated basis was “50% or less of the issued and paid-up capital of the company” according to the group’s previous announcements to the local bourse.

IRM shares have been suspended since Feb 11 this year after it failed to submit its regularisation plan to Bursa. It last closed at 1.5 sen.