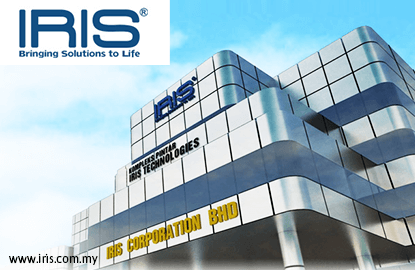 KUALA LUMPUR (Dec 28): Iris Corporation Bhd's shares rose 5% and were actively traded this morning after it said last week that its patent infringement litigation in Germany has been amicably resolved. In a statement dated Dec 22, Iris said it had resolved the matter with Cross Match Technologies Inc over the latter's use of document scanner devices including the relevant software development kits in Germany.

Iris Corp said the settlement included the grant of a non-exclusive licence to Cross Match under Iris' European patent to manufacture, offer, sell and distribute document scanner devices in Germany, France, the United Kingdom and the Netherlands.

Iris said that the financial details and other specific terms of the settlement agreement were confidential and will not be disclosed.