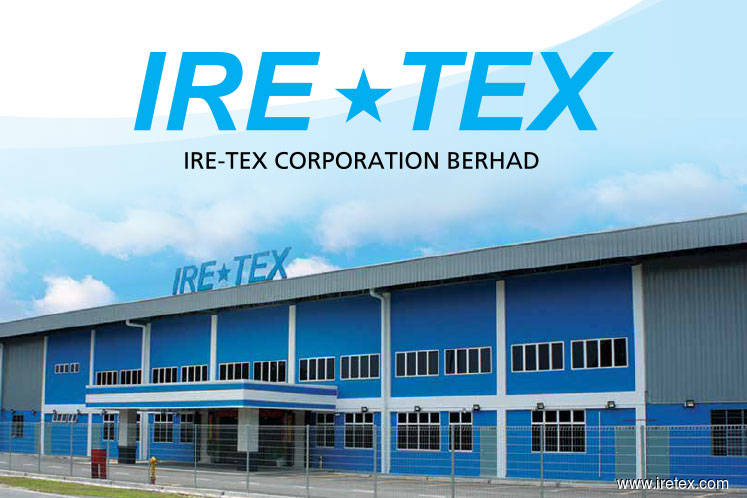 KUALA LUMPUR (April 30): Ire-Tex Corp Bhd's external auditors have highlighted a material uncertainty in the group's financial statements that may cast significant doubt on its ability to continue as a going concern.

Messrs UHY pointed to Ire-Tex's accounts for the financial year ended Dec 31, 2017 (FY17) when the company had incurred a net loss of RM16.27 million.

On top of that, the group's current liabilities as of FY17 exceeded its current assets by RM15.16 million, which according to the external auditors, indicates the existence of a material uncertainty which may cast a significant doubt on the group's ability to continue as a going concern.

"Notwithstanding these conditions, the financial statement of the group has been prepared on a going concern basis as the directors have undertaken to provide appropriate financial support to the group to enable it to meet its obligations as and when they fall due," UHY said in a filing with Bursa Malaysia today.

As such, the auditors have expressed their unqualified opinion on Ire-Tex's FY17 financial statements.

Ire-Tex said it is addressing the material uncertainty as it is considering options of fundraising exercise to increase working capital for growing the business and improve its net current liabilities position.

It noted that the group will dispose of some of its non-current assets worth up to RM8.8 million, with which the revenue from the sale will be used to reduce term loan and other payables.

In addition, Ire-Tex is planning to dispose of its Bayan Lepas factory in Penang, which currently has a book value of RM22.6 million. The proceeds from the sale will be used to settle the banker's acceptance and overdraft facilities, settle the trade and other payables, as well as for the group's working capital.

Moving forward, Ire-Tex said it will continue to focus on cost optimisation and stringent cash flow management in its operation.