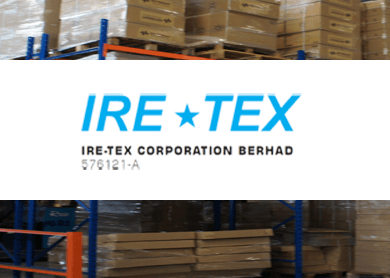 KUALA LUMPUR: Ire-Tex Corp Bhd, which specialises in customised packaging solutions, said its managing director (MD) Datuk Dr Donald Yap Tatt Keat has deferred his early retirement plan and will continue to hold the post until a succession plan is put in place.

The deferment came after key stakeholders, namely bankers, customers and suppliers, voiced concerns over the unexpected move by the co-founder, aged 49, which was announced on Monday.

Ire-Tex told Bursa Malaysia yesterday that Yap deferred his retirement after the firm’s persuasion and accepted his reappointment as MD on Wednesday.

Yap is the second largest shareholder in Ire-Tex, holding an 11.03% stake, after Datuk Tey Por Yee, who owns a 24.67% stake. Tey, who bought into Ire-Tex two years ago, resigned as executive director in February.

Ire-Tex has been in the limelight lately after it had on May 5 announced that its external auditor Messrs UHY had expressed a qualified opinion on the group’s financial year 2014 (FY14) accounts, raising doubts on whether its wholly-owned subsidiary Zoomic Automation (M) Sdn Bhd would receive the delivery of machinery that it had  spent RM11.5 million to purchase.

Subsequently,  Ire-Tex appointed Ferrier Hodgson MH Sdn Bhd to conduct an investigative review on the matter on June 10, which is expected to take about eight weeks.

Ire-Tex is now mulling divesting its non-core business, including  the production of light-emitting diodes under Zoomic.

Ire-Tex’s share price has been halved in the past 12 month from 75 sen in June last year to 35 sen yesterday, giving it a market capitalisation of RM45.51 million.