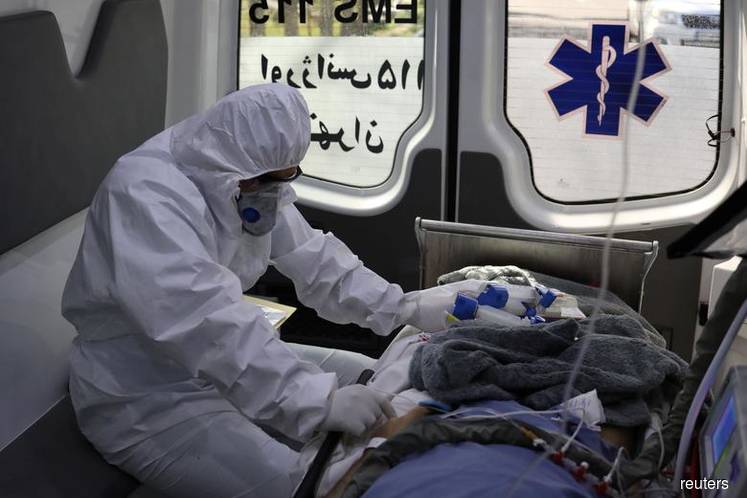 DUBAI (April 7): The total number of coronavirus cases in Iran has risen to more than 62,000 and the death toll is nearing 4,000, according to health ministry data announced on Tuesday, but a senior official suggested the true number of infections might be far higher.

Health Ministry spokesman Kianush Jahanpur told state television that a further 133 people had died from the virus overnight, bringing Iran's death toll to 3,872. Nearly 4,000 infected people are in a critical condition, he added.

The total number of coronavirus cases has reached 62,589, with 2,089 new infections, Jahanpur said.

However, a member of Iran's National Coronavirus Combat Taskforce, Hamid Souri has put the number of cases in the nation of 83 million at "around 500,000", the state news agency IRNA reported.

"Many people with milder symptoms have not been detected," it quoted Souri as saying on Monday.

The government in Iran, which is the Middle Eastern country worst affected by the coronavirus pandemic, has denied accusations of covering up the scale of the outbreak.

Doctors and several lawmakers have previously said the number of coronavirus cases and fatalities are much higher than official figures suggest.

Iran's Health Minister Saeed Namaki told state TV on Tuesday that some 70 million Iranians had now been screened for the virus. This figure could not be independently confirmed.

"We urge people to stay at home and follow the guidelines," Namaki said.

Iran's President Hassan Rouhani said on Sunday "low-risk" economic activities would resume from April 11, while calling on Iranians to respect social distancing advised by health authorities to contain the spread of the virus.

"What we want is for (U.S. President Donald Trump) to STOP preventing Iran from selling oil & other products, buying its needs & making & receiving payments," he wrote on Twitter.

Iran wants to export a minimum of 700,000 barrels per day of its oil and ideally up to 1.5 million bpd if the West wants to negotiate with Tehran to save a 2015 nuclear deal, two Iranian officials and one diplomat told Reuters last year.