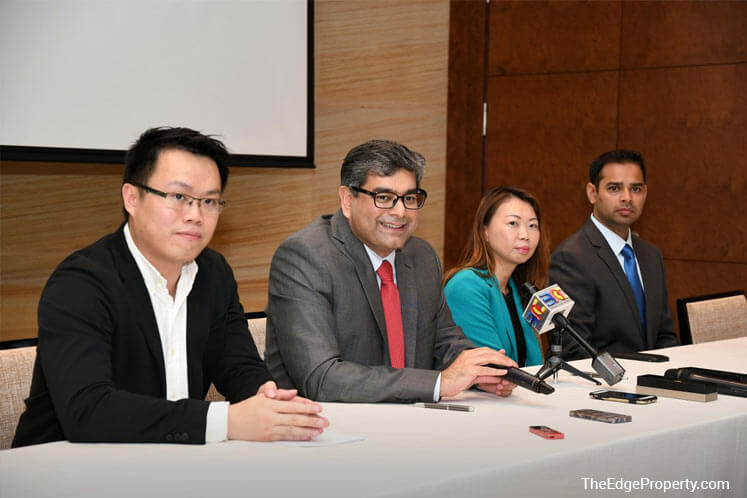 “IQI entered the Asia market in 2012, with Malaysia as its base of operations before expanding into Indonesia, Thailand, Vietnam and the Philippines. The 33,000 sq ft command centre will mark a new milestone for the company and differentiate us from market norms,” he told reporters after a signing ceremony today.

The office tower will be named Exsim Tower. Exsim Group will be occupying a total of 100,000 sq ft in the tower.

Exsim’s head of marketing and corporate communications Michelle Siew said the project will be launched in the third quarter this year (3Q17) and will take 48 months to complete. Currently, IQI is its first pre-booking purchaser of Millerz Square.

“Millerz Square has an estimated gross development value of RM1.8 billion. The project is currently in the planning stage,” she added.

The serviced suites will be rented out as short-stay accommodation for tourists and business travellers. MyKey will provide hospitality management service to unit owners who opt for a leaseback scheme from Exsim.

MyKey managing director Dave Chong said the short-stay service will be open to the public in 3Q2018, once Expressionz is completed in 2Q2018.

“Moving forward, MyKey will be adding an additional 500 suites from Exsim’s developments into our inventory. We aim to position ourselves as an innovative leader in the short-term serviced accommodation sector,” he noted.