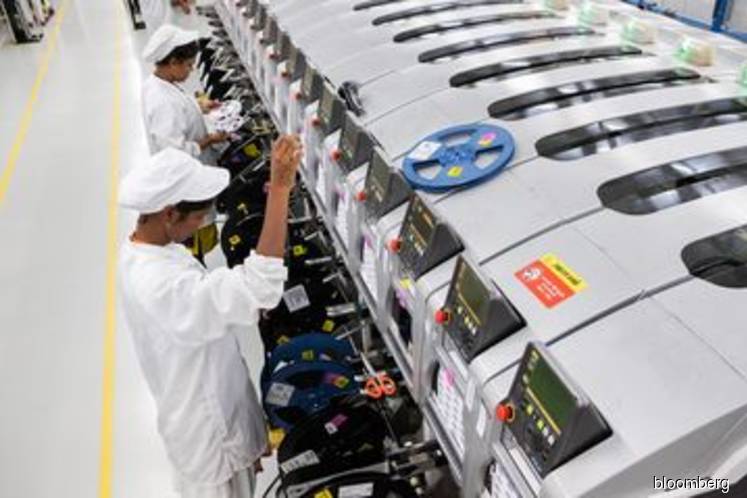 TAIPEI (March 25): Foxconn and Wistron Corp have suspended all production at their Indian plants to comply with a nationwide lockdown ordered by Prime Minister Narendra Modi, hitting the output of Apple Inc iPhones and other gadgets.

Foxconn, also known as Hon Hai Precision Industry Co, is suspending operations until April 14, the company said in a text message to Bloomberg News. It intends to resume India production based on further government announcements. A Wistron representative said the company is also adhering to the order, while declining to comment on exactly what products are affected.

Foxconn and Wistron are key manufacturing partners to many of the world’s largest electronics names. While neither company said which products have been affected, their Indian facilities mainly crank out older iPhone models or produce gadgets primarily aimed at the domestic market.

Wistron’s Chairman Simon Lin said on an earnings call on Wednesday that he believes lockdowns in countries where the company operates including India and Malaysia, will only be a “short-term” issue, as Wistron doesn’t have labour-shortage problems there and production can be resumed quickly once restrictions are lifted.

Still, the closures underscore how Modi’s surprise announcement of a 21-day lockdown — the most far-reaching measure undertaken by any government to curb the coronavirus pandemic — may affect the operations of global technology giants in one of the world’s fastest-growing markets for devices.

Apple has only a sliver of India’s booming smartphone market, because high prices and hefty import tariffs of as much as 20% put its products beyond the reach of average Indians. But the company views the country as important for longer-term growth. The Cupertino, California-based company has an office with thousands of employees in Hyderabad, working on Apple Maps data. They too are likely to be impacted by the government’s virus-fighting measures.