Investors should not be overly concerned about trade war impact on China, says Value Partners 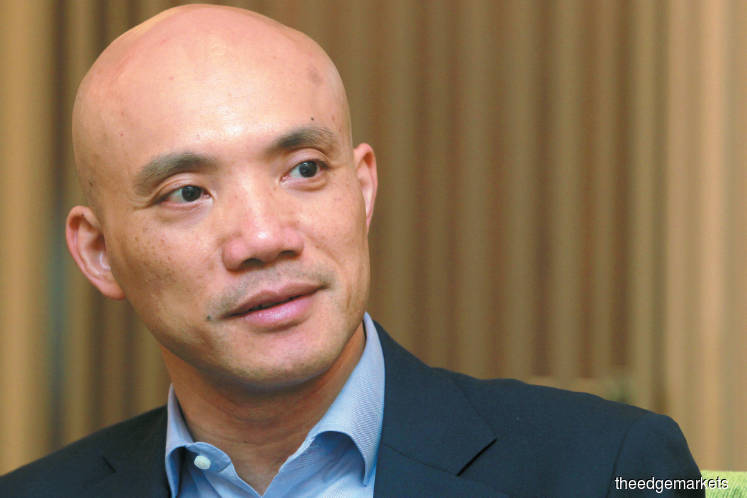 The trade war between the US and China has investors concerned about the potential impact on the Chinese economy and wondering whether they should withdraw from the market. However, Value Partners Ltd investment director Chung Man Wing believes they should stay invested and engaged as the country’s fundamentals are still strong.

He says that at worst, China’s gross domestic product growth will slow by about 1%. The country’s economy is supported by strong domestic demand and should grow at about 5.5% in this scenario.

“The worst-case scenario will not be as bad as people think. China’s economy is strong enough to manage this. The growth in the consumption and service sectors could [partly] compensate for that,” says Chung.

Investors are worried that the corporate deleveraging process, implemented by the Chinese government and People’s Bank of China (PBoC), could be overdone amid the ongoing trade war and have an adverse impact on the economy’s growth. However, Chung is not worried about this for now.

He says the deleveraging process has only caused non-productive state-owned enterprises (SOEs) in traditional sectors to close down so far. Companies that are still profitable and growing and operating in the new economy sectors continue to receive support from the Chinese government. “In fact, they are getting even more support than the banks,” he adds.

Chung says the central bank’s June 24 decision to cut the reserve requirement ratio (RRR) by 50 basis points is a sign that it is providing more liquidity to the market and funding for good companies. “Ultimately, it is about asset allocation. The government would need to constantly monitor things on the ground and make sure banks give out loans to the right companies. So far, things have been very well managed.”

He believes that the US and China will come to a resolution on the trade war situation in the next few months and the market will regain some stability. He has observed how US President Donald Trump negotiated with North Korean leader Kim Jung-un on the issue of denuclearisation and concludes that Trump likes to “push things all the way up the cliff, then soften and loosen up a bit to allow space for resolution”.

“I believe a deal will be struck in the next few months, with both sides giving in a little to each other. We are positive on this,” says Chung.

US Federal Reserve chairman Jerome Powell spoke about the harm a trade war could have on the still-growing US economy at a Senate hearing on July 18. “We hope Trump could take this into account,” he added.

There is speculation in the market that China could devalue its currency to boost exports if the trade war continues. But Chung rules out the possibility of this happening. He says the contribution of exports to China’s overall economy has been steadily declining over the years and the incentive is not strong enough to justify a devaluation of the yuan.

More importantly, stability is the main thing the country is looking at as it embarks on deleveraging and opening up its capital markets. “A devaluation of the currency at such a time will be very destabilising and not what China wants at this time,” says Chung.

Favouring banks and the new economy

Value Partners remains largely invested in the Chinese market for now, despite holding a slightly higher amount of cash. “We do have a bit of cash in the portfolio, given the volatility. We are waiting to deploy the cash while being mindful of near-term volatility. When we see sharp moves in the market, we should be able to take advantage of that,” says Chung.

Without revealing any names, he says he likes companies in the new economy, which tap into the growing wealth and consumption of the Chinese people by utilising the internet and technology. These companies operate in sectors such as e-commerce, education, insurance and tourism.

Chung says companies that sell consumer staples, dairy products and baijiu (Chinese liquor made from grain) are worth looking at in view of the strong domestic consumption. “All these companies are interesting, but we have to select them carefully,” he adds.

A more contrarian bet would be to invest in some Chinese banks, says Chung. Investors are concerned that the corporate deleveraging process could hurt banks’ earnings as they have to stop financing the more risky assets that could generate revenue and profit. But the valuations of these banks are low and their earnings visibility has actually improved after the deleveraging. “There shouldn’t be further downside for these banks,” he adds.

Chung is expecting some banks to restore and improve their balance sheets sooner than the market anticipates. “When that happens, you could see market players gain more confidence in the sector and there could be a rerating at some of these banks. This is the wild card that we are seeing,” he says.

Meanwhile, Chung is underweight on the automotive sector. He says it has been growing fast for a long time and could be slowing down soon. Also, government policies for this sector have changed from time to time, which presents another downside. “The auto sector itself is seeing some challenges,” he adds.