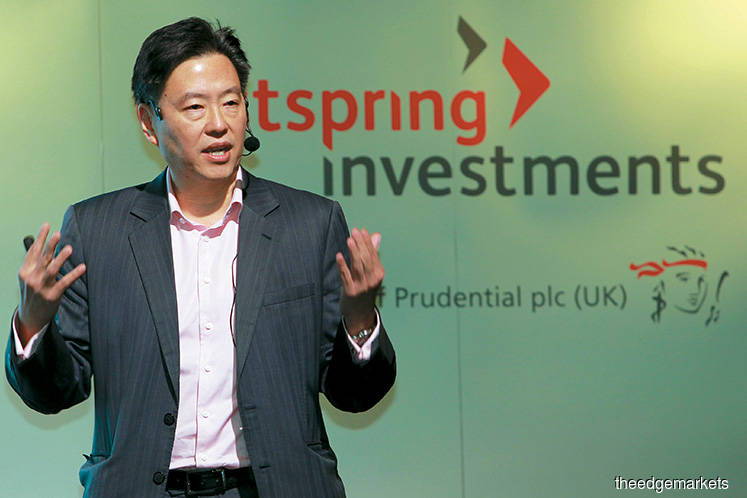 With monetary policy normalisation underway, bond yields are already rising in anticipation of higher interest rates. This has paved the way for investors to get attractive returns in the fixed-income market over the next few years, says Ooi Boon Peng, chief investment officer for fixed income at Eastspring Investments (Singapore) Ltd.

So, the best approach for investors in the current environment is to invest regularly in the rising rate cycle via a dollar-cost-averaging approach, says Ooi. “Investors should use this opportunity of controlled inflation and rising interest rates to invest at various intervals. As interest rates rise over the next two years, investors will be investing at higher yields, allowing them to capture a higher yield maturity and possibly investing at very attractive levels down the road.”

He recommends that investors tap into the Eastspring Investments Global Target Income fund to capture income opportunities in an environment of rising interest rates. As at end-January, the fund had delivered a return of 10.97% since its inception in August 2016. It saw a 5% distribution yield last year.

Ooi says the fund is diversified into more than 16 countries, but tilted towards the higher-growth Asian and emerging market (EM) credits, apart from investing in more high-yield bonds. “The fund is currently 37% invested in high-yield bonds as the economic cycle remains healthy. And because of that, companies should do well and there should be no unproven credit risk,” he adds.

“High-yield bonds have shorter maturity, so the interest rate risk is lower and the coupon interest is higher. As interest rates rise, the coupon will help investors secure positive returns year after year.

“We also make sure that there is always some money in short-dated securities, which will allow us to use the proceeds of maturing assets or sell the securities on the secondary market with lower market risks to raise cash in the case of redemption requests.”

Ooi says the fund house sees opportunities in EM local currency bonds as they could benefit from currency tailwinds as the attractively valued EM currencies are at the cheaper end of their historical trading ranges. He adds that the firm is a tactically overweight on Latin America as the yields are attractive even though the markets are very volatile.

“They are like fast cars — they run very fast, but they cost a lot to repair them. So, we tend to be tactical about them,” he says.

In Asia, Eastspring has been consistently positive on Indonesia and India. The fund house is bullish on Indian fixed income as the government has taken steps to turn the economy into a more formal one, including demonetisation efforts to curb black money and introducing a Goods and Services Tax.

“What are we seeing in India? First, our yields have gone up from 6.5% to 7.7%. It is particularly attractive as its central bank wants to control inflation with its Inflation Targeting Framework. So, we feel that inflation should be controlled over the long term, which explains why we chose it as our main overweight,” says Ooi.