Investment deals in SEA to reach US$70b in next five years, says Bain 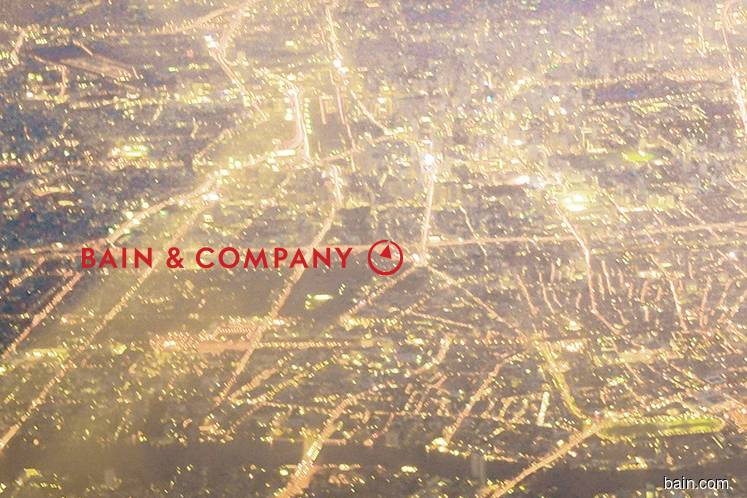 KUALA LUMPUR (Nov 19): Bain & Company expects investment deals in Southeast Asia to total US$70 billion over the next five years, double the amount of the previous five years.

The consulting firm's research also shows that the region will produce at least 10 new "unicorns", companies that rapidly achieve market valuations of US$1 billion or more by 2024.

"Investment in Southeast Asia over the past decade has been surprisingly low, given the region's average economic growth of 7% a year, a burgeoning middle class and a rapidly growing pool of digital natives — conditions that ignited a powerful investment dynamic in China and India," said Bain's senior adviser in Southeast Asia, Suvir Varma.

"By contrast, private equity investment in this region hovered for years between roughly US$6 billion and US$9 billion. As a result, the tipping point took longer to reach, but years of having the right conditions in place helped speed the transition to this next phase of growth," Varma added.

Bain highlighted that in 2017, the number of recorded venture capital deals rose to 524, four times the level of 2012, and private equity deal value rose 75% to US$15 billion.

These factors have contributed to higher investment activity in the region.

"Investing in Southeast Asia is taking off, but new challenges — notably intensifying competition and rising valuations, which are at their highest level in a decade — will require investors to tread carefully," said Bain & Company principal Alex Boulton.

"At the same time, uncertainty about global economic growth is rising, and new technologies are accelerating disruption across many industries, which could turn up the pressure in sectors such as healthcare and medtech," Boulton added.

Bain's research also shows that those that succeed in adding significant value to their companies share a common approach based on four principals: taking an Asean perspective when evaluating deals, identifying the right talent, building commercial excellence to boost organic growth, and fully utilising digital technologies.

Bain noted that the number of companies in Indonesia raising a first round of funding in 2017 rose more than 300% from 2012. Together, Indonesia and Vietnam generated 20% of the region's private equity deal value over the past five years, and is likely to grow further.

The hottest Southeast Asian market outside of Singapore will be Indonesia and Vietnam, according to nearly 90% of investors in a recent Bain survey.