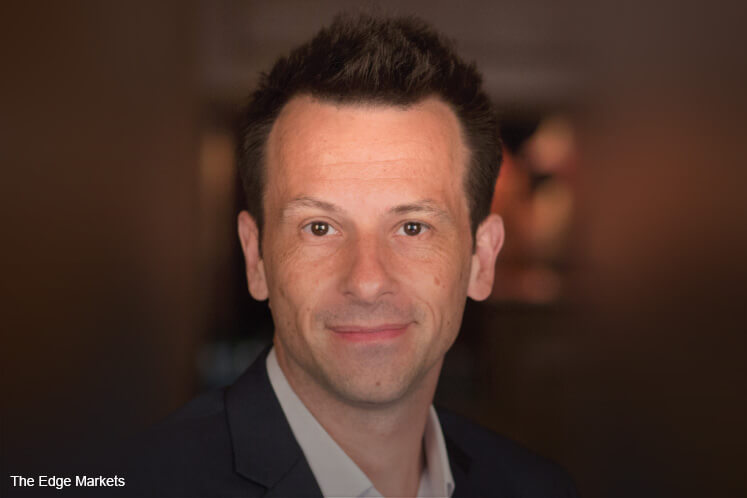 Investors of all types entered this year still sitting on mountains of dry powder — a legacy of years of low interest rates. As they move to deploy it, they’re likely to keep bidding up prices. > Lamy

In the midst of more economic uncertainty this year, healthcare private equity (PE) will continue to be attractive as a safe haven for investors, says Sebastien Lamy, a partner in Bain’s Healthcare and Private Equity Practice.

“In volatile times, PE funds will continue to see healthcare as a safe port, even when the turbulence has a direct impact on the industry itself. In a crowded, expensive and unsettled landscape though, investors may need to look harder to find targets that have the capacity to deliver meaningful returns. As a long-term bet, healthcare is hard to beat,” he says.

The healthcare sector, he adds, has proved to be resilient to economic turbulence, unlike other sectors that are heavily influenced by global macroeconomic cycles.

“On top of that, the sector tends to be relatively profitable. This makes it an attractive PE target because investing companies tend to look for cash-flow-generative companies and [the sector] is also attractive from a risk return standpoint.”

Last year, healthcare PE became a safe haven for investors due to the ageing global population, rising cases of chronic diseases, expanding demand for quality services and an ongoing need for more efficient healthcare services delivery. This year, the trend is set to continue although it is clouded by continued legislative and regulatory uncertainty, particularly in the US, as the Trump administration and US Congress address the future of the Affordable Care Act. According to an International Monetary Fund forecast, global annual healthcare spending will rise 6% per year, reaching US$10 trillion in 2020.

This is a near 60% increase from the US$23.1 billion recorded in 2015. According to Bain & Company’s sixth Global Healthcare Private Equity and Corporate M&A Report released on April 20, the deal count rose to 206 last year from 199 in 2015.

Although the ageing and ailing global population will continue to drive demand for healthcare services regardless of economic headwinds, tailwinds or crosswinds, Lamy says this does not mean it will be plain sailing this year for healthcare investors.

The sky-high valuations for healthcare assets mean there are choppy waters to navigate, he cautions.

“Globally, there is more investor interest in healthcare than there are assets available. Investors are competing with each other for assets, some of which have lower return hurdles than PE funds. Investors of all types entered this year still sitting on mountains of dry powder — a legacy of years of low interest rates. As they move to deploy it, they’re likely to keep bidding up prices,” Lamy explains.

In the current environment, deal makers will have to be creative, he says. More consortium arrangements are expected this year, allowing funds to pursue sizeable targets without assets looming too largely in the portfolios. “We may see an increase in partnerships between PE funds and corporations, particularly in the pharma sector, and this may be ripe for carve-outs after the wave of mega mergers over the past several years.”

In addition, Lamy says a cross-border investing strategy will continue throughout the year with interest from Chinese, Japanese and Korean investors deploying capital across Asia-Pacific. This trend will persist over the next and following year, he adds.

“There is a growing number of PE funds focused on healthcare deals and within the very large funds, we are seeing an increasing number of themes that are healthcare-focused. As the turmoil continues, so too will the attractiveness of healthcare as a safe-haven investment.”

The huge total disclosed deal value in healthcare PE last year has been attributed to two mega deals. The first was a US$7.5 billion investment in insurance company network provider MultiPlan by Hellman & Friedman, Leonard Green & Partners and GIC, a Singapore-based sovereign wealth fund. The second was the US$6.1 billion acquisition of hospital staffing firm TeamHealth by Blackstone.

There were also large public-to-private buyouts, such the US$2.4 billion deal for Press Ganey —  a services and solutions company — by European fund EQT, and for ExamWorks — an independent medical examination for workers’ compensation claimants company — by Leonard Green worth US$2.2 billion.

Although it is hard to predict whether there will be more mega deals this year, competition among investors for healthcare assets has intensified, indicating increasing interest in the sector.

Healthcare PE activity was strong throughout Asia-Pacific last year with a total of 52 buyouts despite a decline in total deal value. According to the report, the region recorded three consecutive record-setting years before total deal value dropped to US$3.2 billion from US$4.9 billion in 2015. This was due to a lack of mega deals, such as the US$3.3 billion buyout of WuXi PharmaTech that dominated 2015.

“The decline in total deal value does not mean that the healthcare PE industry in the region is not doing well — it is at a very healthy level. Capital deployment in Asia-Pacific fell to US$92 billion last year from US$124 billion in 2015, but when you start looking at the data, you will realise that there were more deals in China last year compared with 2015. So, you have to isolate some of the trends down to the country level to really understand the performance,” says Lamy.

He adds that the increasing population, expanding middle class and higher demand for medical care — including treatment for chronic and communicable diseases — have made demographic trends in Asia-Pacific promising to PE investors.

The largest healthcare PE deal in Asia-Pacific last year was the investment in Australia-based GenesisCare — a provider of radiation oncology treatment and cardiovascular care — by a group of Chinese and Australian investors. Lamy says this is part of a continued move by Chinese investors to acquire stakes in healthcare companies.

In China, the 13th Five-Year Plan, approved in 2015, has encouraged more private investment in healthcare as a way to meet the growing demands of the population. There were numerous investments in Chinese provider assets last year: Bain Capital acquired a controlling stake in hospital chain Asia Pacific Medical Group; Carlyle bought a stake in speciality hospital group Zhongmei Healthcare; and Singaporean sovereign fund Temasek formed a joint venture with Seattle-based Columbia Pacific Management to expand the company’s operation in China.

“Khazanah is obviously very active in healthcare investing and is a major shareholder of IHH Healthcare, a multi-country healthcare operator and the world’s second largest hospital group by market capitalisation. The recent joint venture can be seen as a national deal backed by companies that grow beyond Malaysia’s borders,” says Lamy.

Across Asia-Pacific, there was growing interest in health and wellness with biopharma and over-the-counter products and supplements. However, the highest number of deals involved providers, such as hospital and clinic groups. Last year, there were 31 provider deals, about three times the number in 2015, with assets changing hands in China, India, Australia and Southeast Asia. The total disclosed value of provider buyouts in Asia-Pacific surged to US$2.4 billion last year, up US$800 million from 2015 due to favourable regulations and the availability of assets.

According to Lamy, providers are also the primary focus of healthcare investments in Southeast Asia. “In fact, we are seeing it to be bigger than in any other part of the world in terms of proportion. What we are seeing is that providers such as hospital chains in the region have the ability to scale efficiently, typically across the country. There are slight differences, depending on the country, but the growth in deals in Southeast Asia is across the board. This includes Indonesia, Vietnam and Malaysia.”

While funds are keen on Southeast Asia, Lamy says they remain deterred by a lack of assets and steep valuation expectations. One notable deal that did come to fruition last year in Southeast Asia was CVC Capital Partner’s acquisition of a 15% stake in Indonesian hospital operator Siloam for US$166 million.