Investing: Getting the best of both worlds 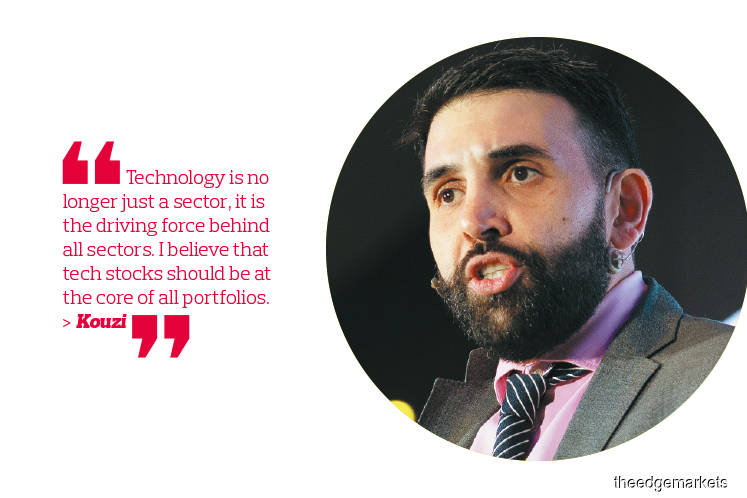 Investors should keep an eye on technology players in both the US and China now that the world’s No 2 economy is looking to produce its own tech champions, following the “great decoupling” from the US.

“Technology is no longer just a sector, it is the driving force behind all sectors. I believe that tech stocks should be at the core of all portfolios. To put it simply, there are really only two types of technology — US tech and Chinese tech,” says Jack Kouzi,

While the biggest players in this sector used to be US companies, some of them are slowly being overtaken by those from the world’s second largest economy, he points out. “China is dedicated to building its own technology. It no longer wants to rely on foreign-made devices and chips. It wants to manufacture its own components, especially with the trade tensions and recent events such as the Huawei ban in the US.”

In 2015, Chinese Premier Li Keqiang launched the “Made in China 2025” initiative, aimed at moving the country away from being the “world’s factory” and towards producing higher-value products and services. This would secure its position as a global powerhouse in high-tech industries such as robotics, aviation and new energy vehicles.

Following the decoupling, a divide can be seen in the global market. Consumers are increasingly using either US or Chinese technology, says Kouzi. “Users are now either on Tencent or Facebook, buying stuff on either Alibaba or Amazon, using either Baidu or Google to search online and making calls on either Huawei or Apple phones. They are now unique to each other. So, to be properly diversified, investors should consider both US and Chinese tech stocks.”

He was speaking on the sidelines of the Value Investing Summit 2020, organised by Value Investing College. During his presentation, he shared his observations on three sectors to look at this year. He also offered some insights into his personal investment portfolio.

Kouzi is co-founder of Vertical Financial Solutions, an Australian capital markets advisory group established in 2010. One of the fastest growing investment and trading companies in Asia-Pacific, it earned a spot in Business Review Weekly’s Fast Starter list in 2014.

Now known as VFS Group, the company has expanded its offerings to provide clients with holistic financial services, including self-managed superfund establishment and advice. It currently has A$200 million under management.

Kouzi has always been fond of the financial markets, having been involved in them for more than 14 years. He made his first investment at the tender age of 16 using money lent to him by his father as a reward for doing well in an exam. Eventually, he discovered value investing and began studying the teachings of Warren Buffett and Charlie Munger.

Apart from being a passionate value investor, Kouzi is an Australian Securities Exchange accredited derivatives adviser Level 1 and a responsible manager of the Australian Financial Services Licence with more than a decade of experience in capital markets. He actively provides investor education on various online and offline platforms, mainly on value investing principles.

In the current market environment, it is important for investors to learn how to ignore market noise, says Kouzi. He acknowledges that it can be quite difficult to find value in these market conditions, especially with the headlines affecting stock prices globally.

Kouzi uses a top-down approach in his search for opportunities “beyond the noise” for his personal investment portfolio. After identifying markets and themes he thinks are worth investing in, he looks at specific sectors and stocks that offer the most value.

Kouzi currently has two Chinese tech stocks in his portfolio. From a value investing perspective, he has equity interest in Lenovo, which he describes as an undervalued stock with a great price-earnings ratio and attractive dividend payouts.

“Previously, the company was known as a copycat as most of its products were copies of other products in the market. Recently, however, it has started to be more innovative,” says Kouzi.

“For example, it released the world’s first foldable PC. Now that more Chinese companies are no longer using US brands such as Dell and HP, there is really only one Chinese computer company that they can buy from — Lenovo.”

In terms of a growth play, Kouzi likes Semiconductor Manufacturing International Corp (SMIC). It is one of the big beneficiaries of China’s decision to stop relying on chips made by US companies such as Qualcomm and Nvidia, he explains.

“In October last year, it was announced that a US$29 billion state-backed fund was created to invest in the country’s semiconductor industry. If you look at where the money is being deployed, you will know that China wants to make SMIC its national champion, something like the Alibaba of chips,” says Kouzi.

“This is important because if you are playing with a trade war as the chessboard, the king is the chip. The rest are just pawns and horses. There are chips in every electronic device we use — smartphones, computers, cars and even satellites.

“If you produce good chips, you will win in artificial intelligence, the Internet of Things and quantum computing, just to name a few. SMIC will get that benefit.

“Companies such as Huawei and Xiaomi are already looking at designing their own chips and SMIC will be the manufacturer. I am looking forward to an incredible growth number. The stock has already gone up nearly 70% in the last five months, but I still like it.”

He adds that the rationale for the stocks mentioned is his personal opinion and not that of his firm.

On US tech stocks, Kouzi says he still likes giants such as Facebook and Apple. These companies have seen immense growth in recent years and are continuing their revenue expansion strategy.

Meanwhile, the sectors that he tends to avoid include energy, especially companies related to oil and gas. Last year, the average energy stock on the S&P 500 rose only about 5%, trailing way behind the index’s overall surge of nearly 30%.

“I will never invest in an oil company. I am not saying there is no good oil company out there, it is just that the world is turning its attention to clean energy. No one wants oil — millennials do not want oil, Gen Zs do not want oil, even fund managers are moving towards removing oil companies from their portfolios,” says Kouzi.

Another sector that he does not favour is bricks-and-mortar retail. The rise of e-commerce has transformed consumer discretionary buying habits, visibly taking a hit on traditional retail names. In the US, more than 9,000 retail stores closed shop last year as at Dec 20 — double the amount of openings during the same period, according to a Dec 13 report by Coresight Research. The number of closures was up from 5,844 in 2018 and 6,955 in 2017.

“The sector had some growth towards the end of last year, but it is not one that I necessarily want to be in. For value investors, what is important is to invest in companies with continued earnings growth over time. Looking at the retail sector’s performance, it does not seem to be able to provide investors with that outlook,” says Kouzi.