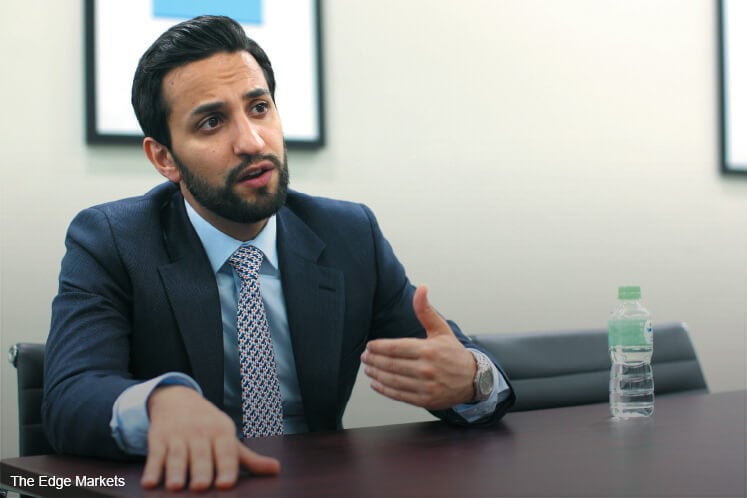 Investors should increase their allocations in emerging market (EM) bonds as there is potential for meaningful performance in the next 12 to 24 months, says Abbas Ameli-Renani, global emerging markets strategist at Amundi in London.

Improved economic fundamentals, a more stable political environment and strong inflows over the past year have led to attractive bond yields in emerging markets ­— 6.4% for local debt and 5.3% for external debt over the past year. According to Amundi Asset Management, EM accounted for 12% of global debt as at January this year.

There have been several key drivers behind the strong performance of EM bonds over the past 12 months. One of the most prominent was the drop in concerns about China, says Ameli-Renani. Previously, China was seen as losing control of its currency as it suffered sharp devaluations in August 2015 and again in January last year. However, Ameli-Renani says that he is now seeing increasing confidence among investors that China’s macroeconomy has stabilised.

“The pace of debt build-up in China was a concern, but we are confident it will decline because of the fiscal and monetary policy tightening. Reflation will also be supportive in reducing the pace of debt build-up. From 2011 to 2016, producer prices were constantly in deflationary territory. Although the average borrowing cost for Chinese corporates was around 5%, due to deflation the real interest rate cost was 8% to 10% over a five-year period.

“Now, because of reflation, real interest rates have declined significantly into negative territory, which will help to stabilise the dynamics of the Chinese economy. This is why we are more comfortable [with the outlook for] China,” says Ameli-Renani.

EM assets have been more resilient to movement of US interest rates as well, says Ameli-Renani. “The current account deficit in emerging markets has shrunk significantly — current account balances are, on average, at the highest levels of the past 10 years.

“The decline in portfolio inflows due to the tightening global monetary policy is less of an issue for emerging markets, because they have a smaller current account deficit. They have less need for inflows to finance the deficit. Since the current account balance in emerging markets has improved and the sensitivity of EM assets to interest rates in developed markets has substantially reduced, we believe that EM assets would be much more resilient than they have been in the past, even if the US Federal Reserve tightens monetary policy more than we expect,” says Ameli-Renani.

Despite the strong performance, which is expected to continue, investors are still underweight in EM bonds, observes Ameli-Renani.

“There is spare capacity in EM fixed income. The share of assets in emerging markets remains well below its pre-Lehman peak and it is even more pronounced if retail funds are excluded.  According to our estimate, investors have only allocated 8% of their global fixed income assets to EM. This compares with 12% of global debt that belongs to EM countries.

“We believe that the strong performance of EM assets over the past few months will attract more interest into the asset class,” says Ameli-Renani.

He says there are a few reasons why investors feel intimidated by the EM assets. Since the taper tantrum in 2013 and falling commodity prices in the following two years, investors began to  see emerging markets as no longer able to give attractive bond yields.

“However, we are seeing investors gradually becoming comfortable with EM ... especially seeing inflows pick up. In 2016, there was about US$50 billion of inflows into EM debt and up until April this year there has been an inflow of about US$30 billion. Therefore, the pace is significantly faster than last year and we expect it to continue,” says Ameli-Renani.

In terms of strategy, Ameli-Renani says it is currently a positive environment for investors to adopt a global macro strategy in countries that historically have had higher inflation, such as Brazil, Russia, Colombia, South Africa and Mexico. Inflation in these countries is expected to decline significantly during the course of the year to meet the target of the central banks, which provides a lot of value for the countries’ local currency debts.

“Additionally, if Trump succeeds in delivering his fiscal stimulus package, we would expect an acceleration of US growth, which will benefit Mexico tremendously. As 90% of Mexico’s exports go to the US, there is no economy in the emerging markets that benefits from US growth as much as Mexico does,” says Ameli-Renani.

In 2015, Brazil was the worst EM performer due to its domestic crisis. After the impeachment of Dilma Rousseff in August last year, the performance of Brazilian assets became very strong, making it the best performer in 2016. Ameli-Renani says that despite the strong performance of Brazil in 2016, the country’s assets continue to offer value.

“Brazil’s local currency bond yield is about 10%. We like the currency, so we don’t mind buying the local currency bond and having the foreign exchange risk. We also have the view that the yield can tighten, therefore, not only do we have access to the 10% yield, we may also be able to get capital appreciation,” says Ameli-Renani.

Indonesia is another one of the countries he is currently “overweight” on, due to the favourable political environment since the election of President Joko Widodo. “Since coming to power, he has strengthened his coalition in parliament and political stability has improved. At the same time, we see a strong economic reform momentum as well. The current account deficit has shrunk quite significantly. Indonesia was fragile five years ago, but today its balance of payments is in a much healthier shape.

“Its [the government’s] fiscal deficit is quite small, around 2% of gross domestic product, and it has implemented some very successful policies. One of them is the tax amnesty programme, which has managed to attract a significant amount of Indonesians’ offshore assets. Currently it still has one BB+ credit rating left, which we expect to be raised to investment grade by the end of the year,” says Ameli-Renani.

Another country on the cheap list is Serbia. It is not as cheap as it was two years ago, when the yield on local currency bonds was 8% to 9%, but he says the currency is almost fixed against the euro, therefore, there is very little currency risk for buying the 4% yield.

South Africa is one of the EM countries that still has prominent domestic political risk. Ameli-Renani explains that the current ruling party, the African National Congress (ANC) is seeing a decline in its political popularity. In the local elections in August last year, the ANC saw had its weakest performance since Apartheid ended in the early 1990s. Although this was seen as positive for the market, the dismissal of its market-friendly finance minister Pravin Gordhan last March caused the rand to plummet and other knee-jerk reactions in the market.  Despite this, Amundi sees the political risk as considerable in South Africa and as a result does not see significant opportunities at this stage.

Amundi does not have a strong view on the ringgit. Although it is not expensive and may look relatively attractive, other EM currencies — especially those in Latin America — offer better prospects. “If we see a significant depreciation of the ringgit, perhaps 10% to 20% cheaper relative to the fair value model, and if we feel the additional comfort of an improved political situation, then there would be opportunities for us to invest, but not at the moment.

“It is also about the scope of investment. For Asia-focused investors, Malaysia is a very attractive investment opportunity — it offers some of the highest yields with relatively healthy growth, and the political situation is more stable now compared with the past few years. However, for a more global portfolio such as ours, where we have access to opportunities in regions such as Latin America, we see better opportunities elsewhere,” says Ameli-Renani.

He adds that company prefers to invest its time finding the right opportunities to buy currencies such as the Turkish lira and Mexican peso, which at the beginning of the year were 15% to 20% cheaper than their fundamental valuations would suggest.