The interview that ruffled Najib’s feathers has won an award 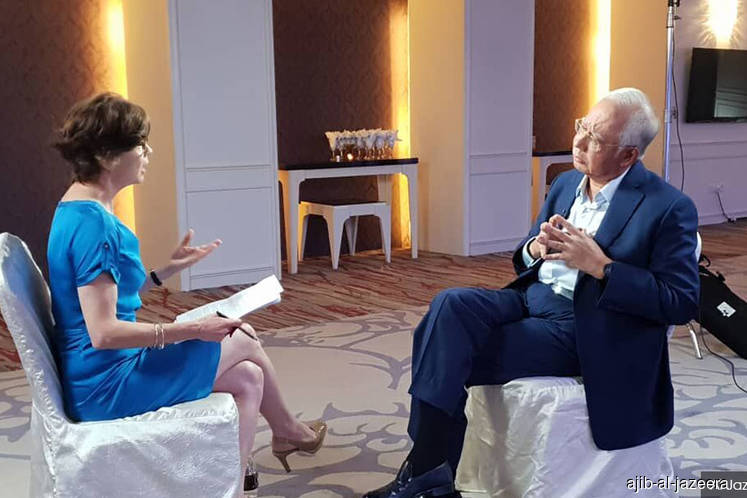 KUALA LUMPUR (March 1): Last year, Datuk Seri Najib Razak appeared in an interview where he lost his cool repeatedly, an interview which has won an award for “Interview of the Year”.

“101 East is thrilled to announce we’ve been awarded Interview of the Year at the prestigious Royal Television Society Awards in London,” said a post on the programmes official Facebook page.

Speaking of the nominees on the awards website, the jury said that all three nominees for the “Interview of the Year” category were “great examples of the interviewer’s craft”.

“But one interview stood out for its courage, tenacity and sheer unadulterated watchability — Malaysia: Najib Speaks.

“Although the story focused on an issue few would have known about prior to the interview, this did not detract from the viewer’s ability to understand the jaw-dropping venality of the interviewee,” the jury on the website.

The 25 minutes-odd video clip of the interview which was posted on Al Jazeera English’s official Youtube page has over one million views and 12,000 likes at the time of writing.