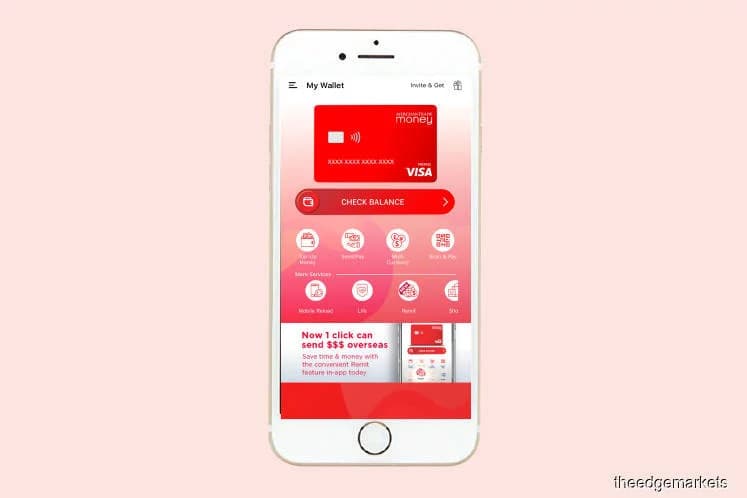 Hearing horror stories from friends who had their money stolen during their travels was enough to spook me into hunting for an alternative to carrying wads of cash during my two-week-long trip to Europe last year. Credit cards were not a viable option since I would be charged pretty hefty transaction charges for overseas purchases.

I began looking around for options and learnt of Merchantrade Money from my colleagues, who told me about its multi-currency e-wallet function that comes with a Visa prepaid card. The wallet allowed me to buy, sell and store multiple foreign currencies at any time (without hidden forex or cross-currency charges). The best part was that it enabled me to preload and lock in rates at various times leading up to my travel dates, just like I could if I were converting my ringgit at currency exchange counters. Moreover, I could use the prepaid card for transactions, like any regular debit card, at Visa merchants worldwide.

I did some research and found that Merchantrade Money is a product of Merchantrade Asia Sdn Bhd, which is involved in money services, digital payments and mobile communications. The company is also listed as an e-money issuer on Bank Negara Malaysia’s website.

While there were other multi-currency e-wallets and prepaid cards in the industry at that time, I decided on Merchantrade Money’s as all of my cards used Mastercard as a payment gateway. I wanted one that used Visa instead. I visited a branch, signed up and paid a RM10 membership fee. I walked out about half an hour later with the card in my hand.

Next up was to download the Merchantrade Money app so that I could transfer funds to the e-wallet. The app interface was easy enough to navigate. Its landing page featured eight different service options, including topping up money for the e-wallet function, sending or paying someone, multi-currency wallet and remittance. The desktop version is similar, though I prefer to use the app because it is more convenient.

To use the multi-currency wallet, users must first load funds into the regular e-wallet via online banking through participating banks. They can then proceed to pre-load the card with funds before travelling.

The multi-currency wallet is “intelligent” in the sense that when used alongside the Visa card, it detects which country you are making the payment in. It then deducts the amount from the corresponding currency in your e-wallet. When you run out of funds in that particular currency, transactions will be done by converting other currencies, provided that you have already pre-loaded them into the wallet.

The prepaid card came in handy on my trip to London, Edinburgh and Amsterdam. My husband and I managed to lock in some favourable rates in the months leading up to our holiday. It was particularly useful in Amsterdam as many of the retailers preferred to transact only with credit or debit cards to reduce the occurrence of theft (although they provided the option to tip them in cash, go figure!). Having the e-wallet meant that we only needed to carry enough cash for our trips out to rural areas like the Scottish highlands.

Loading money into the e-wallet was mostly a seamless process that was completed immediately on multiple occasions. However, a few days before my trip, because of an issue in the app’s system, my fund transfer was not reflected in the e-wallet. After contacting the folks at Merchantrade and providing more details on the bank transaction, my account was credited the next morning. Be that as it may, this cashless option has served me well during my travels and I look forward to trying out more of the app features in future.