Integrating the ‘unbanked’ into a cashless society 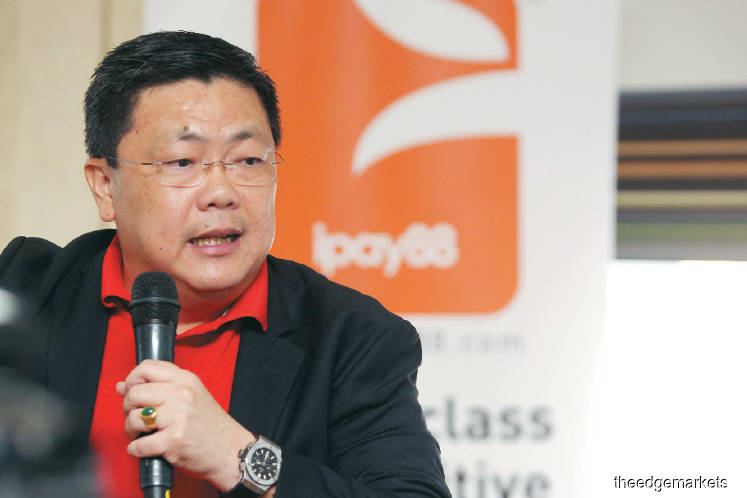 KUALA LUMPUR: There seems to be growing interest among companies to cater to fractions of the population who are “unbanked” as countries increase efforts to embrace the new age of digital banking.

In a recent interview following the company’s announcement on its acquisition of Uber’s Southeast Asian business, Grab’s group chief executive officer Anthony Tan told CNBC that the ride-hailing company’s next target is to focus on the “many who are unbanked” in the Southeast Asia region.

The “unbanked” are described as adults without an account or a credit card at a bank or other financial institutions and are considered to be outside the mainstream for one reason or other.

In Malaysia, the population of the unbanked stood at 8% or two million of the country’s 24 million adults, according to Bank Negara Malaysia (BNM) in its Financial Stability and Payment Systems Report 2017.

While this may seem small in comparison to regional neighbours such as Indonesia and the Philippines whose unbanked make up more than half the population, there is still a need to address this segment if Malaysia aims to be a full-fledged cashless society.

In its report, BNM said efforts to increase bank account ownership and utilisation of formal banking services have been intensified, with focus on expanding agent banking reach in unserved areas, introducing cashless clusters to encourage e-payments as well as promoting micro-financial products.

More can be done, however, to give options for the unbanked to transact online, without expecting them to convert to banking services, said online payment gateway solutions firm iPay88 Holding Sdn Bhd.

“We are very passionate about financial inclusion, and we have been thinking for some time on how to provide access to the system for those without it. It’s important if we want to go fully cashless as a society,” its executive director Chan Kok Long told The Edge Financial Daily.

Chan said VA integrates with the checkout system of online merchants and marketplaces, where shoppers that select the VA option under iPay88 at the payment page will receive a 14-digit virtual bank account number.

To complete the transaction, the shopper will then have to deposit cash into the account at any designated bank branch or ATM within a stipulated time.

“It’s basically like having any normal bank account, only you don’t have to commit to it because the generated number by the issuer (merchant) is for a one time use,” said Chan.

He added that the growth potential of the segment is definitely there as the market is presently underserved.

“We are seeing growth potential in this sector not because the unbanked population is growing but because Internet and smart phone penetration is at all time high and is projected to continue to grow and our VA will allow our merchants to reach out to them,” he noted.

Looking ahead, Chan said the service could also be convenient for the foreign unbanked segment in the country. This includes tourists, students, permanent residents and workers. “This service could be beneficial to them as they may not have easy access to the banking system here. Perhaps one day it could also be used as an option to remit money back to their home country.”

Another cash-based incentive that could serve the unbanked segment is MOLPay Sdn Bhd’s MOLPay Cash, which allows shoppers to shop normally online and select to pay in cash at any 7-Eleven outlet across the country.

MOLPay’s chief executive officer Eng Sheng Guan said while MOLPay Cash is not limited to the unbanked population, the initiative is there to encourage the digital economy adoption.

The payment channel has been serving elder generation, foreign workers, students and also for customers who find cash as a convenient payment method, he added.

“In 2014, MOLPay decided to cater to this segment to let e-commerce to reach consumers who do not own credit or debit card and online banking account. Online payment is one of the most important pillars in e-commerce and innovating MOLPay Cash into a part of the payment channels is a successful initiative to raise the e-commerce and e-payment adoption in Malaysia,” Eng said in an email reply.

“Other advanced countries such as Japan and Taiwan are still [using] the same payment framework available despite the innovations that are emerging rapidly,” he added.

Eng noted that there has been good momentum for MOLPay Cash, which saw more than a 300% growth from last year.