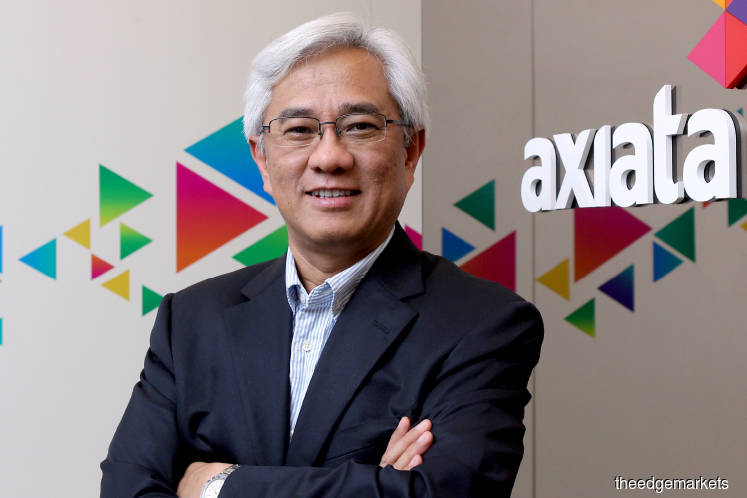 IT was dubbed an audacious proposal to create the largest telco in the region by revenue. But Axiata Group Bhd and Telenor Group have called off the wedding for now due to “complexities” that may be beyond their control.

In identical statements released last Friday, both parties said they “still acknowledge the strong strategic rationale of the proposed transaction” and do not rule out the possibility of a future transaction.

It is an abrupt U-turn from the optimism expressed by Axiata president and group CEO Tan Sri Jamaludin Ibrahim just one week earlier, on Aug 29. He had told reporters that the commercial aspects of the deal were 90% finalised and dismissed talk of the proposal hitting a snag.

“This is the single biggest M&A [merger and acquisition] in 20 years in the region, except North Asia. This is huge, unheard of. It’s not about problems, it’s about complexity,” he said at the time.

When queried, Telenor declined to comment. Axiata told The Edge that both parties had agreed not to comment further beyond the official statement.

“Axiata wishes to clarify that we have always been consistent and transparent at any point in time when we expressed some measure of both confidence and concern on the progress of the deal, given the level of complexity.”

“As at Aug 29, at the 2Q2019 press conference held at the Axiata HQ, we were still confident the merger was on track. However, after major meetings and calls between the parties, the situation has since changed, leading to the decision today from both parties to mutually end discussions,” said Axiata via email.

The Edge understands that regulatory hurdles are among the key issues that could not be overcome. Among others, antitrust effects from the consolidation are said to be primary concerns for authorities in Malaysia, Indonesia and Thailand, at least. In particular, getting the go-ahead from Malaysian regulators was critical to the deal happening and would have been make or break for it to succeed.

The potential loss of Malaysian jobs also did not sit well with authorities here, sources say. There were even unconfirmed murmurs in the market that the merged entity could be based in Singapore instead of Kuala Lumpur, where both the Malaysian operations of Telenor and Axiata are currently based.

To be fair, Axiata and Telenor had previously affirmed that there would be no enforced retrenchment in Malaysia. However, Axiata’s Jamaludin told The Edge in an interview in May, that some talent redeployment and reskilling may be necessary.

“[Without the Malaysian merger], it would be a very different deal so I would say, yes, the deal in its current scope would be off,” Telenor Group president and CEO Sigve Brekke told The Edge in June.

For perspective, Malaysia is the only nation where both companies have major operational overlap and the merged local operations here would have yielded half of the expected RM15 billion to RM20 billion in synergies.

Much of that would have been from the consolidation of Axiata’s wholly-owned Celcom Axiata Bhd and Bursa Malaysia-listed Digi.com Bhd, which counts Telenor as its largest shareholder with 49%.

Had Celcom and Digi combined, the resulting entity would command about 50% of the mobile space in Malaysia. Axiata argues that the more accurate figure would be 35% given the increasingly converged nature of the telco industry today.

Celcom has some 2,700 staff nationwide as at January, 1,700 of whom are based at its head office in Kuala Lumpur. Digi had 1,591 employees as at last year.

Had the Axiata, Telenor merger gone through, the merged entity would have had operations spanning nine countries, serving an estimated customer base of 300 million out of a one billion population. Axiata has subsidiaries in Sri Lanka, Nepal, Cambodia and Indonesia while Telenor’s are in Bangladesh, Myanmar, Pakistan and Thailand.

However, market talk is rife with discontent over the perception that the merger would effectively mean the loss of control over a sizeable Malaysian government-linked company — a politically challenging proposition — given the shareholding post-merger and that the CEO would be a Telenor appointee.

The Malaysian Prime Minister’s Office declined to comment on the proposal’s cancellation as the prime minister is currently away and had not been briefed.

Concerns over potential job losses may have added to political worries that extend beyond Malaysia. Among others, Indonesian Minister of Communication and Information Technology Rudiantara said in August that the European Union’s (EU) ban on palm oil could come into his ministry’s consideration when reviewing the proposed merger.

“I cannot ignore the issue [of the palm oil ban],” Rudiantara reportedly said, though at the time the Indonesian government had not decided on the merger.

Indonesia and Malaysia are the world’s largest producers of palm oil. In June, the EU passed laws restricting and banning palm oil usage in biofuel by 2030. While Norway — where Telenor hails from — is not an EU member, the country had already passed laws in 2017 to restrict the use of palm oil biofuel.

Axiata was suspended from trading from 2.30pm last Friday preceding the announcement. Its last traded price was RM4.88, up 9.84% over the past year.

Note that the stock surged to as high as RM5.26 after the initial announcement of the proposal on May 6, before which its last close was RM4.04 on May 3.