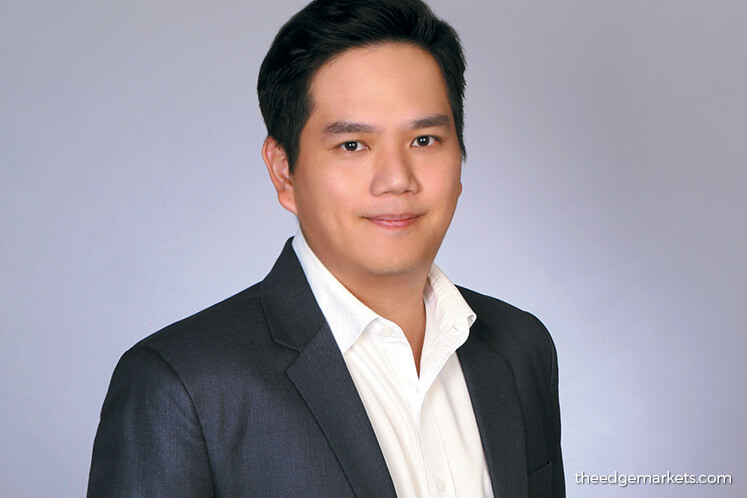 When unclaimed premiums turn into the underwriting profit of insurance companies, people may question the intention of the insurer if it withholds a claim. > Kee

In the traditional insurance business, unclaimed money in the premium pool translates into profit for the insurer. This is not a fair and transparent system, says Bandboo co-founder and CEO Ashley Kee.

“When unclaimed premiums turn into the underwriting profit of insurance companies, people may question the intention of the insurer if it withholds a claim. Was it because it was a fraudulent claim or was it because they could keep the money as profit if they do not pay the claim?”

In the search for a fairer and more transparent system, Kee toyed with the idea of separating insurers’ profits from the premiums and refunding any unclaimed premiums to policyholders. Then, he and his team introduced Bandboo, a Singapore-based insurance technology (insurtech) company that structures products using a peer-to-peer (P2P) model.

The company charges a membership fee to generate profit. This allows it to refund any unclaimed money in the premium pool to policyholders who did not make any claims.

“Refunding policyholders any unclaimed premiums is a crucial part of our product structure. For example, if we collect S$10 million in premiums from policyholders and pay out S$2 million in claims for a particular product, the balance is refunded accordingly at the end of each term,” says Kee.

“Bandboo offers insurance as a form of service. We do not keep unclaimed premiums as profit as we have already charged the policyholders a membership fee.”

When insurance companies sell you a policy, they are betting on you not making a claim, he says. But you are betting that you will eventually make a claim. That is why you are willing to pay the premiums. The crucial question is whether you will be paid when you make a claim because a payout eats into the insurer’s profit.

“I think not having your claim paid is the biggest fear of most policyholders. At Bandboo, we are not incentivised to withhold claims so that we can profit later. We hope consumers will be able to see how they can benefit from this system and adopt our products,” says Kee.

In May, the company launched two products — unemployment insurance for individuals and retrenchment benefits for corporations. The products are aimed at addressing the lack of financial planning among Singaporeans, which could lead to disastrous consequences during an economic slowdown.

“I think we are in the midst of what could potentially be an economic downturn. Our studies show that those below 35 — also known as the credit card generation — have little to no savings. They live from pay cheque to pay cheque,” says Kee.

“They may have just got married and bought a big-ticket item such as a car or house. If these people were made redundant in a downturn, it would be difficult for them to weather the financial crisis.

“Even if one is extremely capable that he can land a new job within three months, his housing loan, car loan and children’s expenses do not just go away in the meantime. If he has little or no savings, it is challenging to keep himself and his family afloat while he is out looking for a job.

“That is what our retrenchment products are trying to address. We want them to be financially supported for at least five months while they are looking for a job that best suits them, so they do not have to take whatever job comes first because they are desperate for money.”

“We charge a monthly membership fee of S$9.99 and monthly premiums of S$35. Each membership term lasts a year,” says Kee.

He understands that it is crucial to build trust among consumers as some may question whether the balance in the premium pool actually goes to the policyholders or the company’s bottom line. Bandboo uses a blockchain ledger that is uploaded onto its website to enhance transparency. The ledger displays detailed transactions, including the inflow and outflow of membership fees, premiums and claims of the platform in real time. The company is not able to edit any details in the ledger.

The retrenchment benefits product that Bandboo offers is aimed at replacing severance packages at corporations. For this product, employers pay the annual membership fee of S$119.80 and premiums of S$480 for each employee. So, if a company retrenches its staff, it can draw down from the premium pool instead of its balance sheet. The payout, equivalent to three times the employee’s last drawn salary, is made over five months.

“This is a mutual risk-sharing model among corporations in Singapore. Bandboo is trying to standardise severance packages in the country. When employees are retrenched, some companies pay one month’s salary for each year of service. But some companies pay nothing, while others are being liquidated so they cannot pay their retrenched staff anything. Our retrenchment benefits product for corporations can address this problem,” says Kee.

He adds that the retrenchment benefits scheme only starts when there are at least 50,000 workers from 25 companies. As the principles of fairness and transparency go, any unclaimed money in the premium pool is refunded to the companies at the end of each term.

Unemployment insurance has its own pitfalls. People either abuse it because it is loosely structured or cannot benefit from it even when they genuinely need it due to the stringent criteria. Bandboo has taken this into account and has its own criteria for selecting the right type of members.

“As the platform administrator, we have a fiduciary duty to the rest of the members to have safe customers on board — people who are diligent in their work and just want to be covered against unfortunate events that they cannot control. We have to weed out people who potentially want to [abuse] the system,” says Kee.

“As of Jan 1, the MOM regulations require an employer to report a retrenchment to the ministry. If a member claims to fit all criteria, but his former employer did not report the retrenchment, he can report his employer for not doing so. From there, we will determine whether this is a genuine claim or the claimant is masking a resignation as a retrenchment. This is one of the safeguards we use to ascertain whether this is a legitimate retrenchment or a fraudulent claim,” says Kee.

He says profiling potential members into different risk groups is another safeguard. Bandboo holds a weighted portfolio of individuals across various industries and career levels to spread the risk. By doing so, the platform can sustain itself even if the economy takes a turn for the worse.

Bandboo has adopted a three-pronged approach to sell its products. The company ties up with insurance agencies to market its products, sell them via its website and social media and work with local religious leaders and social enterprises to structure shariah-compliant products.

Kee says the company has received a lot of interest, but the sign-up rate has been slow. So far, it has almost 100 customers.

While the company’s operations have been approved by the Monetary Authority of Singapore (MAS), it is not regulated under the Insurance Act. Hence, its members are not covered under the Policy Owners’ Protection Scheme and will not have access to the dispute resolution scheme.

“Despite the tough audit process, MAS has been extremely forward-minded and has treated us with an open mind. There is no legislation to regulate us under the current insurance framework, but we hope to be regulated by MAS. We are willing to go through compliance to give consumers the confidence,” says Kee.

He adds that Bandboo has applied for the financial technology sandboxes of Bank Negara Malaysia and Bank Indonesia. He hopes that the company will be able operate in Malaysia and Indonesia next year.