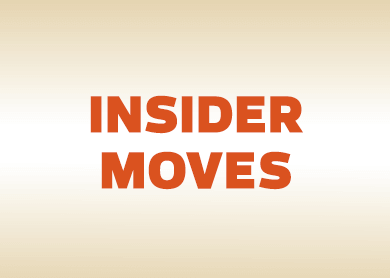 Between May 18 and 22, among notable shareholding changes in companies listed on Bursa Malaysia was Bond Resources Sdn Bhd’s disposal of 34.9 million shares or a 16.9% stake in Bertam Alliance Bhd (fundamental: 1.35; valuation: 1.10) on May 18 and subsequently, ceased to be a substantial shareholder.

Due to their holdings in Bond Resources, Gan See Hing and Teng Mee Yoong were also no longer substantial shareholders. On the same day, managing director Lim Nyuk Fuh acquired 18.5 million shares or an 8.9% stake at 84 sen apiece — 18.3% to 22.6% above the market price of 68.5 sen to 71 sen on that day. In fact, the property developer’s share price has been on the decline, falling 43.6% from a high of RM1.17 about 10 months ago to 66 sen last Wednesday.

At the same time, Andi Santriani Mohd Rida and Sudirman Usman acquired 17 million shares or an 8.2% stake, by virtue of Tung Fong Hotel (SDK) Sdn Bhd buying the shares on the market. Subsequent filings show that Tung Fong Hotel disposed of 9.9 million shares or a 4.79% stake on the market on May 26 and ceased to be a substantial shareholder. Market data shows that 9.9 million shares changed hands at 60 sen apiece — a 9.8% discount to the 66.5 sen the stock closed on that day — in a direct off-market deal on May 26.

Meanwhile, Credit Suisse Securities (Europe) Ltd of the UK ceased to be a substantial shareholder in PNE PCB Bhd (fundamental: 1.85; valuation: 0.30) after it sold two million shares on May 12 and 13.

Over at loss-making plastic parts manufacturer Luster Industries Bhd (fundamental: 2.25; valuation 0.30), Seychelles-incorporated Suncity Entertainment Ltd emerged as a substantial shareholder after it subscribed to a private placement of 119 million shares or a 7.03% stake on May 14.

Berjaya Auto Bhd’s (fundamental: NA; valuation: NA) share price fell 13.57% to RM3.63 last Wednesday from a high of RM4.20 on May 12. As the stock peaked, the Employees Provident Fund (EPF) disposed of 1.86 million shares and ceased to be a substantial shareholder on May 14. However, as the share price dropped, the provident fund acquired 2.82 million shares and emerged as a substantial shareholder again on May 20.

The EPF and AmanahRaya Trustees Bhd have been actively acquiring Tenaga Nasional Bhd’s (fundamental: 1.30; valuation: 1.80) shares on the market amid strong selling pressure. Tenaga’s share price has been volatile in the past fortnight, rising 4.37% to as high as RM14.20 on May 18 before falling 7.4% to RM13.24 on May 25. AmanahRaya acquired 4.29 million shares while the EPF, nine million shares, during the period.

Another notable mover was IFCA MSC Bhd (fundamental: 3.0; valuation: 0.8), which received an unusual market activity query after its share price fell 25% from a high of RM1.84 on May 18 to close at RM1.38 on May 25 after its chief financial officer, Voo Lip Sang, resigned on May 22 — two days after its first-quarter results were released. Chow Chee Keng was appointed CFO on May 26 and IFCA MSC’s share price recovered slightly to close at RM1.43 last Wednesday. 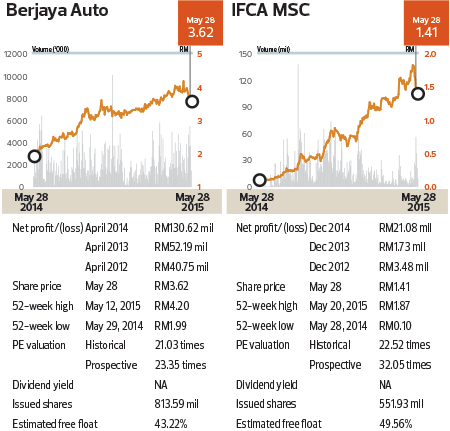