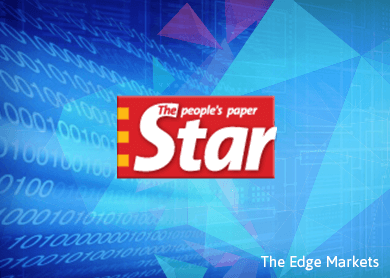 Relative to other listed media companies like Media Prima and Media Chinese, Star Media Group (Star) (Fundamental: 1.8/3, Valuation: 1.4/3) stands out due to its strong balance sheet and sustainable dividend yield.

Star is the most widely read English language newspaper in the country. The stock’s main revenue comes from its print and digital segment, which contributed 65.7% of total revenue for 9M2015. Another 27.2% came from event and exhibition services. These are offered via subsidiaries that include SGX-listed Cityneon Holdings Ltd (Cityneon).

Meanwhile, yield-seeking investors will be attracted to Star’s above average yield of 7.8%. We think this is sustainable given the company’s strong fundamentals — net cash stands at RM418.3 million or 56.7 sen per share. Notably, Star has been rewarding shareholders with a payout ratio of between 71.2% and 119% since 2011.

However, investors should note that weak consumer sentiment could negatively impact advertising spending — a key income generator for Star’s print and digital segment.

For 9M2015, net profit declined 7.2% y-y to RM83.5 million on the back of a marginal 0.7% increase in revenue to RM736.3 million. The margin contraction was primarily due to lower revenue from advertising spending and higher direct costs from Cityneon. Nevertheless, we are still comforted by Star’s dominant position and strong free cash flows.

Moving forward, Star plans to grow its media segment by expanding aggressively into video content via “TheStarTV”. The company will also be looking to expand its events business in emerging markets like Vietnam and Myanmar.

The Malaysian Chinese Association owns a 42.5% stake in Star, with institutional investors collectively holding another 41% of shares. The stock trades at a P/E ratio of 16.3 times, compared with Media Prima’s 18.9 times and Media Chinese’s 8.3 times. 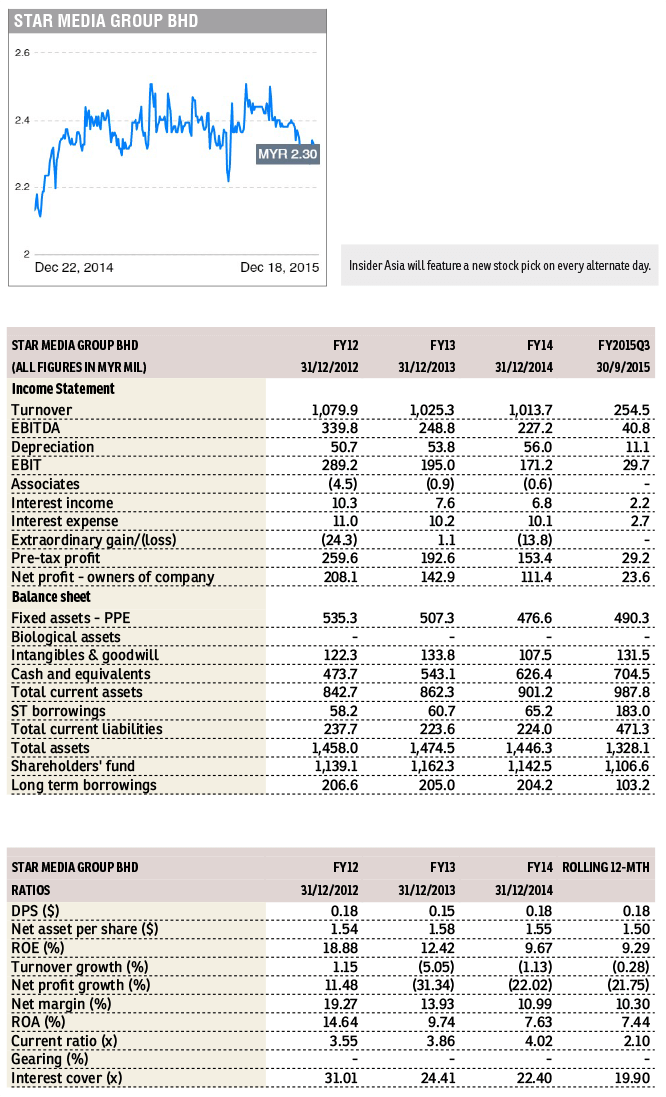