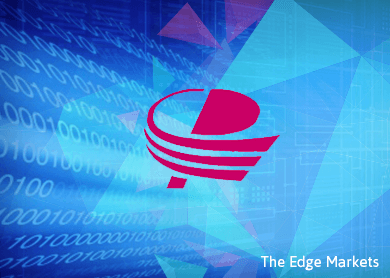 Prolexus was first recommended by InsiderAsia back on November 3, 2014 as an undervalued stock relative to its future growth potential. Its share price has since more than doubled from RM1.16 to RM2.57 in just 11 months.

Prolexus is principally engaged in contracting manufacturing of sport apparels for established global brands. The company has manufacturing operations in Malaysia and China while the bulk of its products are sold abroad, mostly in the US and Europe.

Like Magni-Tech, Nike is Prolexus’ single largest customer, accounting for roughly 90% of sales in FYJul2014. Prolexus, which has been working with the sports giant since 1987, has expanded in tandem with Nike’s strong growth.

Between FY2010 and FY2014, revenue more than doubled to RM294.1 million while net profit grew at an outsized CAGR of 46.2% to RM18.5 million, on the back of rising demand for premium sport apparels in emerging markets.

With its fixed and labour costs denominated in ringgit and Chinese Yuan, Prolexus is a net beneficiary of the strengthening USD. The ringgit depreciated 8.7% against the greenback in the first eight months this year and fell another 13.1% in the last two months.

Looking forward, it plans to spend RM20-30 million to double production capacity over the next 3 years. The full ramp-up in production would be reflected in FY2017.

The stock is trading at undemanding valuations — trailing 12-month P/E of 13.2 times compared against its 16% earnings growth and relatively high ROE of 22.5%.

Dividends totalled 3.5 sen per share in FY2014, giving a yield of 1.4%. Despite a net cash position of RM22.7 million, we don’t expect Prolexus to raise dividends due to its planned capex requirements. 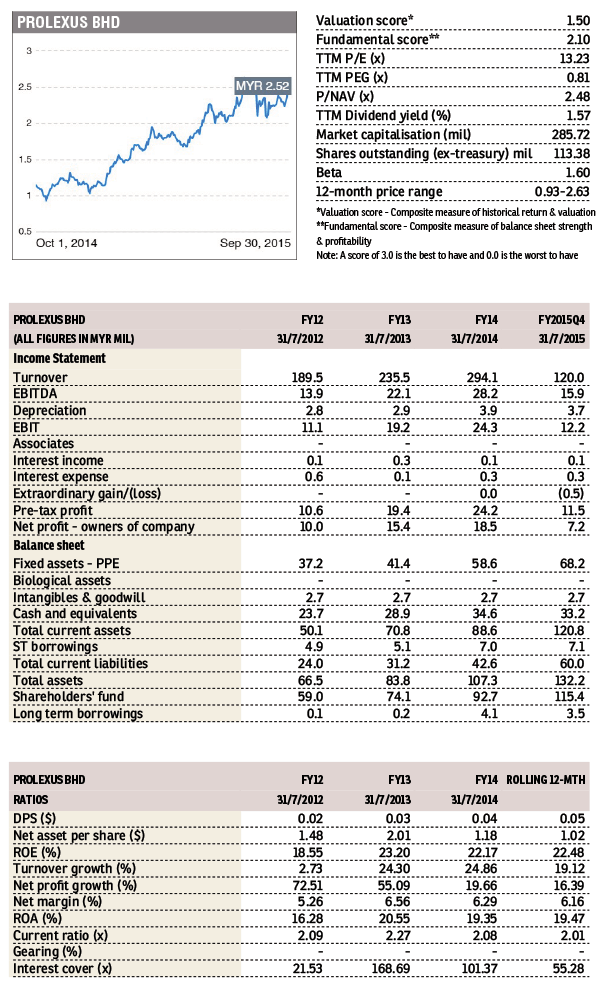