Incorporated in 1963, the company manufactures and sells a wide range of dairy products such as infant formula, milk powder, liquid dairy products and yoghurt.

In line with weakening of the broader economy and rising costs, outlook for Dutch Lady is challenging this year. Nonetheless, we believe its long-term prospects remain positive, supported by the steady population growth.

The stock has done very well in recent years, supported by its steady business and consistent dividends. The company lowered dividends to RM2.20 per share in 2014, from RM2.60 in 2012-2013, mirroring weaker earnings. That still gives shareholders a higher-than-market average net yield of 4.8%.

The stock is trading at a trailing 12-month P/E of 28.0 times. ROE is consistently high, averaging 58% in the past four years. 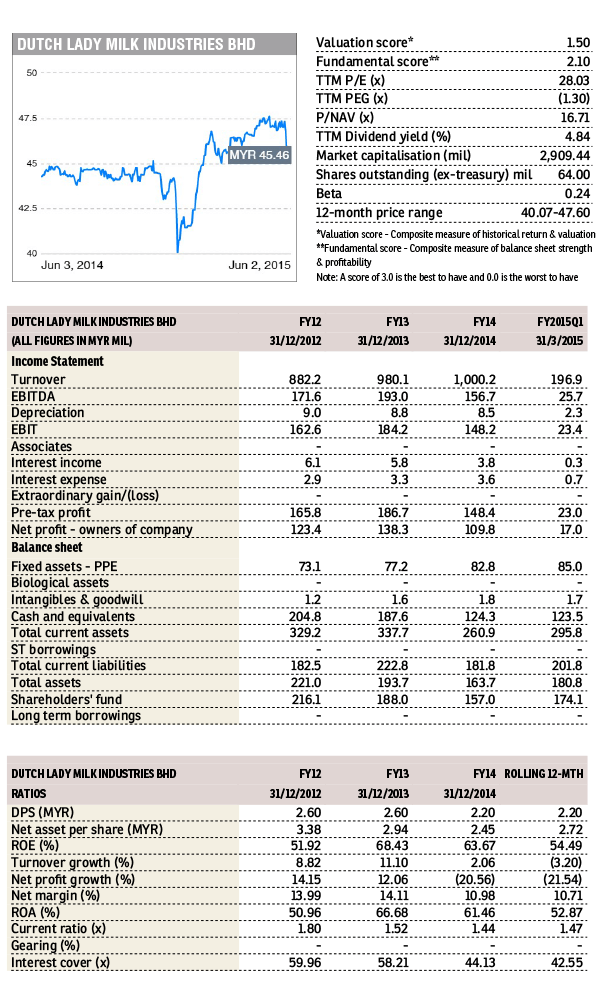