The company is currently developing properties in Taman Nusa Sentral at Bandar Nusajaya, Johor. Unlike Iskandar Johor’s luxury condominium market which is facing a glut, CView’s projects are more insulated as they are mainly landed projects catering for the local middle-income population.

CView has a market capitalisation of only RM284 million and holds assets which are carried in its books at very low prices. The stock is trading at 1.01 times book.

For 9M2014, revenue fell 22.7% y-o-y to RM149.8 million due to lower number of units sold but pre-tax profit increased 10.4% to RM81.8 million as prices and margins improved. The stock is trading at a trailing 12-month P/E ratio of just 3.4 times, although future earnings will depend on the timing and sales of new launches. Dividend per share was 27 sen in FY2013, translating into a yield of 9.5%. 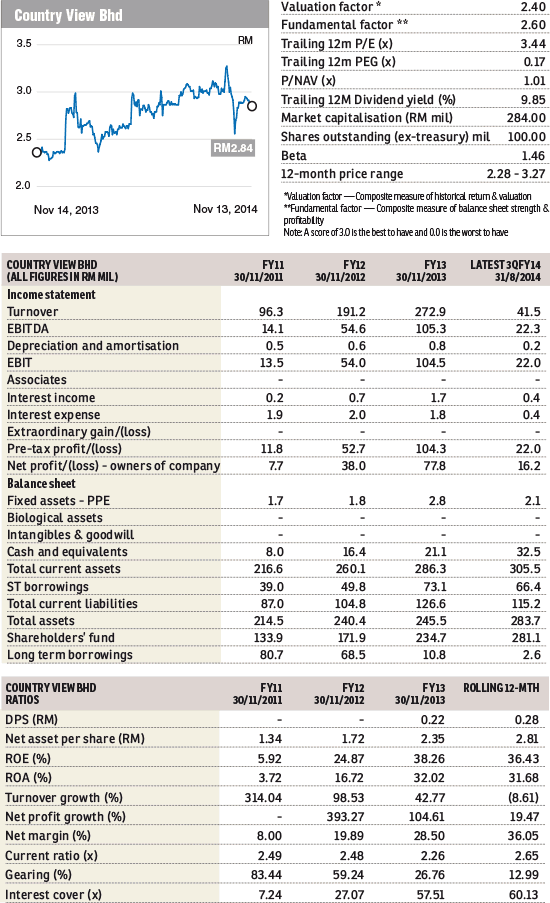